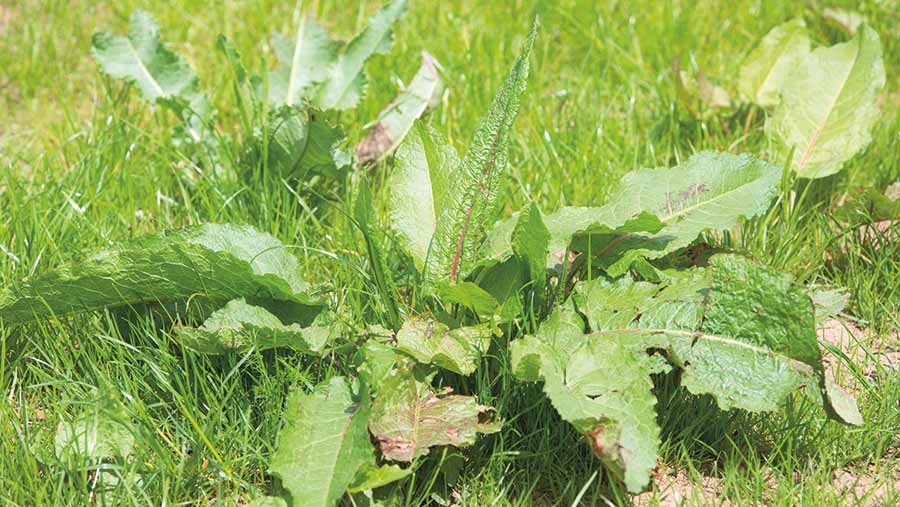 A farm survey of 200 grassland farmers carried out by NuFarm in July and August found that only 31% of respondents had considered applying herbicide in the autumn.

The main barrier to autumn herbicide application was lack of awareness, with half of farmers admitting they didn’t realise it was a possibility.

Revealing the results of the study at a media briefing in Shrewsbury last week (9 August), NuFarm agronomy manager Brent Gibbon said there’s a common misperception that spring is the best time to apply herbicides.

Independent grassland consultant George Fisher says many farmers believe weeds are dying back in the autumn, which puts them off treating, but in actual fact he says efficacy can be good because weeds are sending nutrients (sugars) in the right direction.

See also: How weed control can improve grass DM/ha by over 10%

Both spring and autumn herbicide applications can be equally effective, providing the conditions are right.

However, achieving the correct application timing in the spring can be “very tricky for several reasons” with late summer often providing a bigger window of opportunity, explained Mr Brent.

Below, Mr Gibbon and Mr Fisher advise on why autumn reseeding can be better and offer some tips on how to achieve the best results.

Why apply herbicide in the autumn rather than the spring?

What happens if farmers operate a multicut system?

If you’re going to get one more cut of silage (after August/September) then apply herbicide in the spring.

But if you have finished then it’s a good time to apply herbicide.

Should you apply herbicide twice annually?

No, this is not about “double hitting”. It’s about applying it at the most convenient time of the year for you.

What benefits does it offer farmers running rotational grazing systems?

You can select which fields you’re going to graze first next spring and target these for herbicide application in the autumn.

This avoids having to wait weeks, if you treat in the spring, before these fields can be grazed again.

When should you treat, regardless of whether you’re applying herbicide in the spring or autumn?