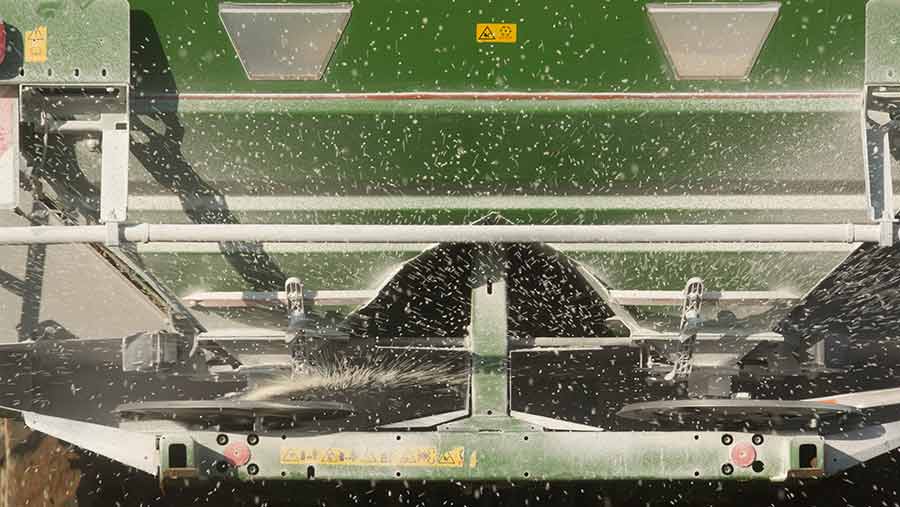 Sulphur application can deliver a 29% increase in grass growth for both first and second cuts on reseeded swards in their first full growing season, new trials carried out by CF Fertilisers this summer suggest.

The trials, which took place in Cheshire and Devon, follow previous CF work in which tangible responses in grass yield to sulphur were seen, even on heavier soils.

A significant response to maintenance applications of phosphorus on P index 2 and 3 soils was also recorded.

The trials in more detail

In Cheshire, trials were carried out on medium loam soils.

In Devon, trials were carried out of clay loam soils.

Independent grassland consultant George Fisher believes the new results are highly significant for livestock producers aiming to get the most out of home-grown feeds.

“If you assume a 75% use rate from field to feeding, an extra 1t/ha DM for first-cut silage at 11 MJ ME contains enough energy to produce 1,530 litres of milk or 175kg of liveweight gain.

The responses to phosphorus are also interesting with an application of 40kg P2O5 (water-soluble phosphate) giving up to 17% more grass DM yield on first-cut silage and 8% on the first two grazings, he points out.

“These responses are occurring when soil P indexes are already at 2 and 3, suggesting that maintenance applications of P in this form are used efficiently and provide a highly beneficial yield response.

“All in all, cost/benefit analysis for milk production shows a £20 return for every £1 spent on sulphur and up to £12 for every £1 on phosphorus.”

“Cheshire’s Reaseheath College and others have done trials showing urea is a false economy on grassland when you look at the bigger picture. Urea may cost less to buy, but you will almost certainly lose out on production.

In the Reaseheath trials, savings of £1,900 over ammonium nitrate on a 80ha system were seen for urea, but this also resulted in a 17% loss in grass yield, worth about £8,500.

“Even with inhibited urea designed to make nitrogen loss to air less of a problem, a 15% reduction in grass yield compared to the ammonium nitrate was seen. Such production losses soon negate any cost savings.”

The other problem is one of practical application, he says.

“To get the most economic response to nitrogen you need to apply it when the crop needs it, not simply when the weather forecast is favourable to urea.

“With urea you need significant rainfall within three days of application to wash the fertiliser into the soil where the microbial urease can convert it into nitrate. Without that, losses to air through volatilisation make it wholly uneconomic.”