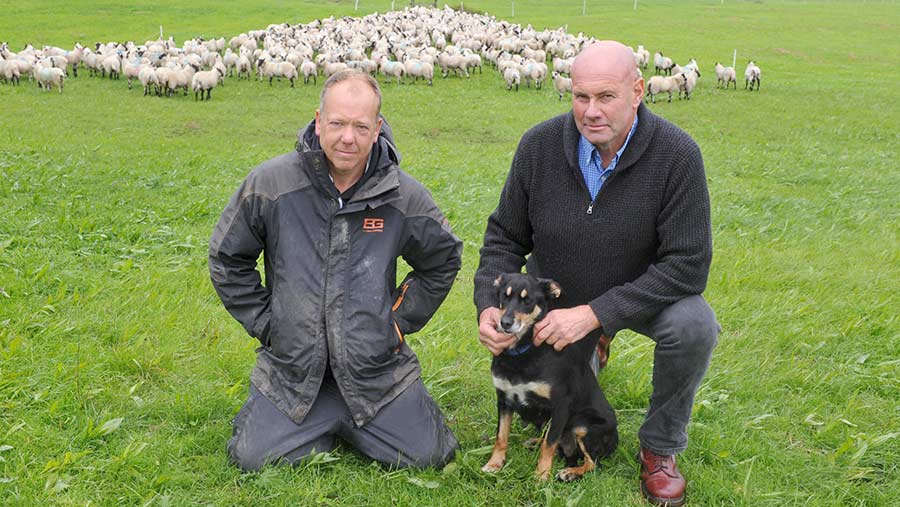 A Welsh hill farm is experimenting with incorporating Timothy in grass seed mixes at inclusion rates of up to 40% to try to improve the persistency and quality of grazing leys on marginal land for fattening lambs.

Timothy will grow at a lower temperature than ryegrass so it can be useful in hill farming situations where it can generate good early and mid-season growth to fill gaps when perennial ryegrass growth falters.

Beef and sheep farmers John and Sarah Yeomans, who farm at Llwyn Y Brain, near Newtown, with their sons, are growing 10ha on their highest land – wet, deep peat soil at 1,400ft.

They graze the sheep and cattle on a rotational grazing system.

It follows a Farming Connect Management Exchange visit by Mr Yeomans to Finland where Timothy is widely used at high rates in grazing swards.

Since then he has been awarded European Innovation Partnerships (EIP Wales) funding to support a three-year trial to monitor the performance of Timothy at inclusion rates of 10%-40%.

With Timothy best used in cooler, wetter areas, and performing on lower nitrogen inputs than ryegrass, Mr Yeomans hopes it will help to improve his farm’s future sustainability.

Timothy can be hard to establish and doesn’t like competition in the first year.

However, two months after his reseeds were sown, Timothy and ryegrass are growing in equal quantities in the plot where Timothy was included at 40% and the seed was broadcast.

Llwyn Y Brain soils were tested – the analysis showed most of the plots required liming to raise pH to above 5.5 – the requirement for grass on peaty soils. 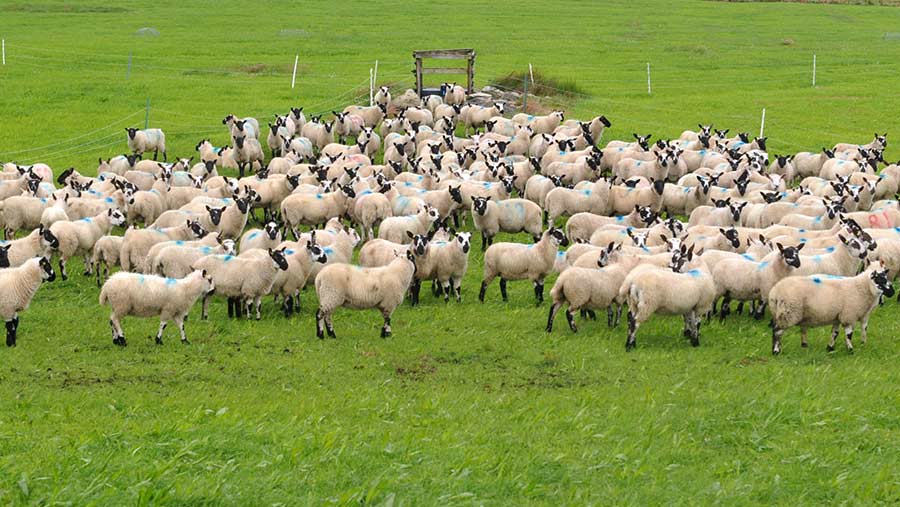 At index 2 and 3, most of the Phosphate (P) and Potash (K) were at, or slightly above, target.  Phosphate requirements for establishment were addressed with triple super phosphate (TSP).

Existing vegetation was sprayed off with a dual salt glyphosate at a rate of 3.9litres/ha mixed in 200 litres of water. Land was then topped and lime applied as required.

The seed mixture was incorporated at different levels of the variety Diandra Finnish Timothy – 10%, 25% and 40%; ryegrass only was sown in two of the plots.

Nitrogen plus Sulphur was applied at establishment at a rate of 30kgN/ha and plots were rolled.

In most off-the-shelf seed mixes in the UK, only 1kg of Timothy is included in every 13-14kg mix.

As, with more than 2.5m seeds in each kilo, there is concern that any additional Timothy could dominate the sward and reduce yield and quality.

“The trial at Llwyn Y Brain will allow us to see whether this concern is justified in marginal areas,’’ says Chris Duller, who is measuring and monitoring performance at Llwyn Y Brain.

“We had seven and a half inches of rain in 10 days, so the seeds stood in water for a long period and there are some bare patches where this happened.’’

Two months after the seed was sown there was slightly better Timothy establishment in plots where the seed was broadcast rather than drilled, although this was not a consistent trend across all plots.

The plots where Timothy establishment is the poorest are those that are wetter and have the highest levels of peat.

“We plan as each year goes by to act on the results, using the best performing ley elsewhere on the farm and choose the most suitable establishment method for our requirements,’’ says Mr Yeomans.

“What we are trying to achieve is clearly not for everyone but I firmly believe that productive farming and care for the environment do no exclude each other.

“The ongoing development of our farm is a long process and we are learning every day, but the opportunity to travel thanks to the Farming Connect Management Exchange programme has been of great benefit both to me personally and hopefully to our farming business.’’

Where does Timothy fit in farming systems?

He says as Timothy grows earlier in the season than ryegrass it can be good for early grazing, especially in cold, late springs.

“Modern ryegrass varieties are first choice where soil conditions are good and nutrients are regularly applied, but in marginal situations with fairly low nitrogen inputs there is potential for grass species like Timothy to boost yields and the persistency of swards,’’ Mr Duller says.

Mr Duller says Timothy is very palatable and suits sheep grazing on wetter land –  but digestibility is lower than ryegrass, with grazing D value typically around 74 compared to ryegrass at 77.

“Timothy is slightly short in overall quality compared to ryegrass and there is a yield penalty, but if you are on marginal land where yields are generally lower for ryegrass there are definite benefits in growing it,’’ he says.