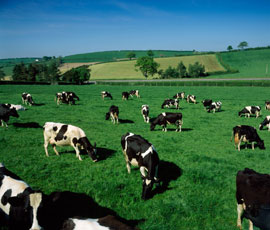 Grazing animals could be at risk of fluke infection, with grassland expected to be heavily contaminated with overwintered infectious stages of liver fluke, according to the National Animal Disease Information Service (NADIS).

This puts grazing animals at higher-than-normal risk of disease. Therefore an early and effective treatment control plan is particularly important this year to avoid serious health and production losses from this disease.

Treating flocks with a product containing the active ingredient closentel now will kill adult fluke and immature fluke from five weeks after ingestion and will also delay egg shedding by infected sheep for up to 13 weeks. This will prevent further contamination of the pasture and greatly reduce the incidence of chronic disease later in the year.

The Farmers Weekly Making Sense of Medicines campaign has further information about treating worms and an animated video about how to prevent resistance building up. Go to our campaign page.