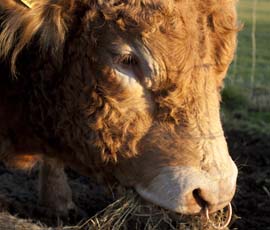 A ground-breaking agreement between the UK, USA and Canada will shape the future of dairy cattle breeding, according to DairyCo. Genomic information for many thousands of bulls will be shared.

From later this year, breeding indexes for most Holstein bulls in the UK will include information obtained direct from their own DNA. It is a major step forward for farmers using young bulls in particular and also paves the way for females to be accurately genomically tested.

“Genomic evaluations represent an advancement for cattle breeders, and this collaboration means they will be more accurate and reliable than we would have ever been able to achieve on our own,” said Marco Winters, head of genetics at DairyCo, the British player in the collaboration.

The overall effect will be that the three countries will collectively calculate the most reliable genomic evaluations they have been able to produce to date.

Two key factors will contribute to this reliability, one being the high numbers of bulls whose genotypes will be measured across the three countries; the other being UK investment in the “high-density” technology which has been adopted to genotype a new tranche of about 2,500 bulls being used in the UK and North America,” he said.

“High numbers are critical to the reliability of this process, and it is this, above all, that has driven the collaboration.

“But the “high-density chip” is also important, as it measures genetic variation in far more detail than anything used routinely before, and it is timely that the UK has entered this collaboration as the high-density technology has come of age,” he added.