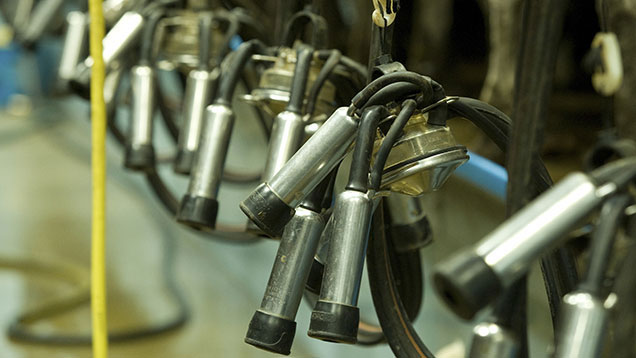 Almost half of Britain’s dairy farmers are scheduled to leave the sector, according to an intentions survey carried out by the Royal Association of British Dairy Farmers (RABDF).

And 45% of the remaining half who plan to continue dairying have put their expansion plans on hold, the poll found.

Commenting on the survey, RABDF vice-chairman Mike King said: “Forty nine percent of producers see no future for themselves if current farmgate prices persist for the next six months, leaving Britain with approximately 5,000 dairy farms, of which half have no confidence in immediate investment.

“Those intentions could result in an industry with insufficient critical mass and consumers short of British liquid milk and dairy produce.”

The RABDF survey concluded, in general, that it was the producers with all-year calving herds and a level profile contract that planned to leave, while those with aligned contracts and or low-cost production systems believed their business had a future.

Reasons for planning to quit ranged from base price well below cost of production and long hours for very little financial return, to the banks being unwilling to give further assistance and no successor to hand over to.

Lack of surplus cash was the simple answer from the majority of those who indicated they intended to put their expansion plans on hold.

In February, the NFU revealed that the UK now has less than 10,000 dairy farmers due to cuts in farmgate milk prices.

According to the RABDF, 434 UK dairy producers have quit the industry in the past 12 months, during which period £1bn has been wiped off farmgate incomes due to falling milk prices.

“These price trends are multifactorial; we have to accept commodity volatility in the global marketplace and other influences out of our control and factor them into our long term business plans,” added Mr King.

“However supermarket discounting has also been among the key price influences.

“While we welcome the support for liquid milk that some supermarkets have demonstrated in the past few weeks, we continue to urge all retailers to pay all farmers a fair price for milk for processing – one which covers cost of production and leaves sufficient for investment purposes.”

According to the RABDF, about 200 dairy farmers responded to the survey, which was carried out over summer.