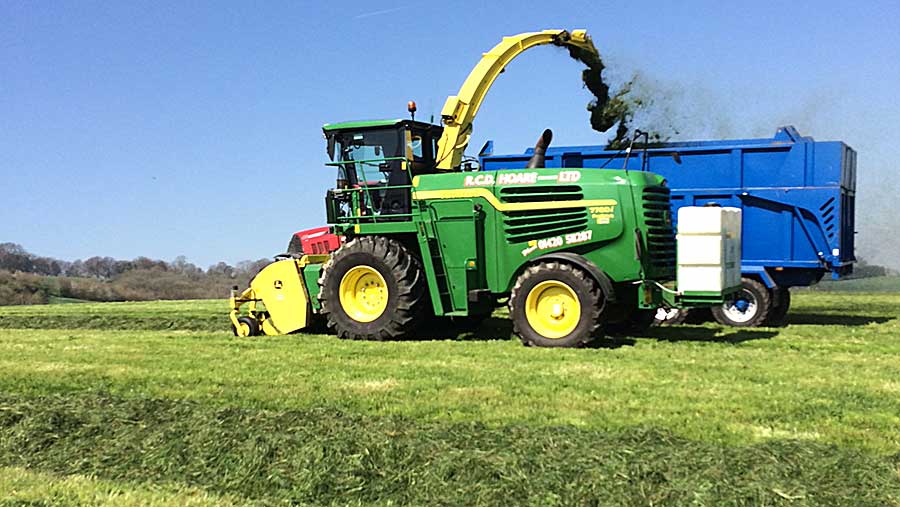 Will Butler, a joint farm director at Whitewool Farm in East Meon, near Petersfield, said the farm would normally take its first cut in the first week of May.

But this year, following a mild winter and optimal grass-growing conditions, the farm mowed its first cut of Westerwold ryegrass on Friday (7 April) – and picked it up on Sunday (9 April). 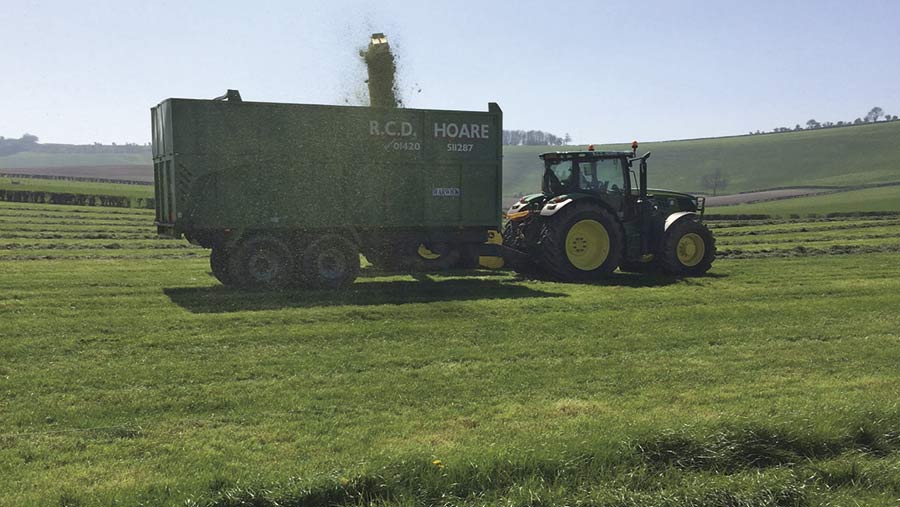 “Westerwold grass is known to be early – but not quite this early,” said Mr Butler.

“We drilled it at the end of August. It was growing so well we had to cut it. It was tussling out, so we ensiled 350t. It’s a good start to fill the clamp for the winter.”

It will be kept on farm and used as fodder for the 450 Holstein-Friesian milking cows, producing 9,500 litres of milk a cow a year.