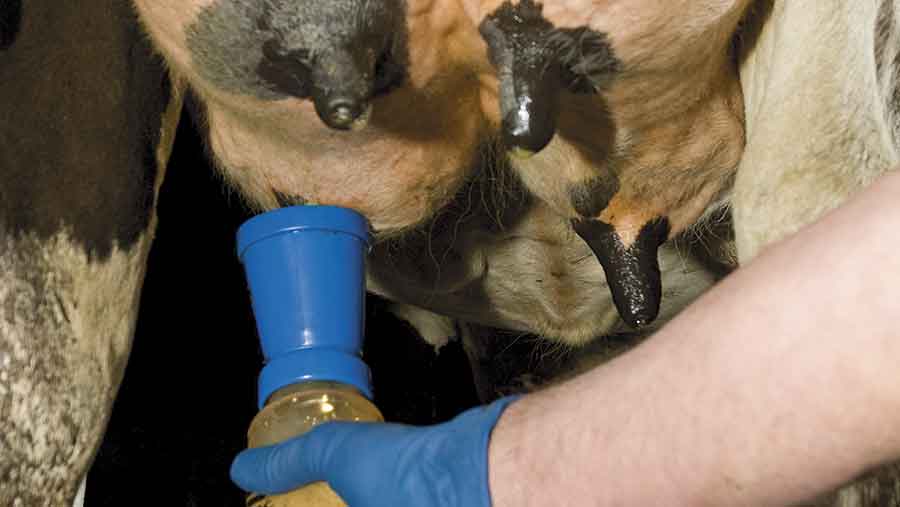 A somatic cell counter (SCC) claiming 97.7% accuracy on cell count levels is the first on the market to include pathogen indication for two mastitis causes.

Both Staphylococcus aureus and Streptococcus uberis can be identified by the Dairy Health Check Device, which can be installed on an iPod.

The Canadian invention – validated by the University of Guelph – uses a pipette slide to load the reader with a milk sample.

By analysing the different patterns and clustering of white blood cells taken on the iPod’s camera, the device can indicate whether the main pathogen is Staph aureus or Strep uberis. 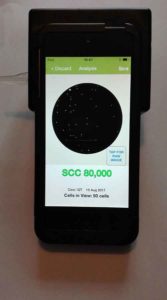 No other bacteria are currently identified by the device.

Thousands of pictures are taken and then analysed over 45-50sec before relaying back a highly accurate cell count reading.

This is according to Ian Parnell from the Dairy Centre, who says the device can should be used as a guide before consulting with a veterinarian.

“The whole process takes under two minutes,” he told Farmers Weekly. “At the moment this looks to be the only mastitis checker that also offers an ability to indicate pathogens as well.”

He said development work was trying to build data sets so other pathogens could be identified.

“When drying off, the device enables farmers to identify cows eligible for selective dry cow therapy based on that very day’s somatic cell counts in conjunction with recent months’ results,” he said.

“During lactation, it can aid early diagnosis of mastitis infections in cows that are off-colour but before clinical mastitis clots are present in the milk.”