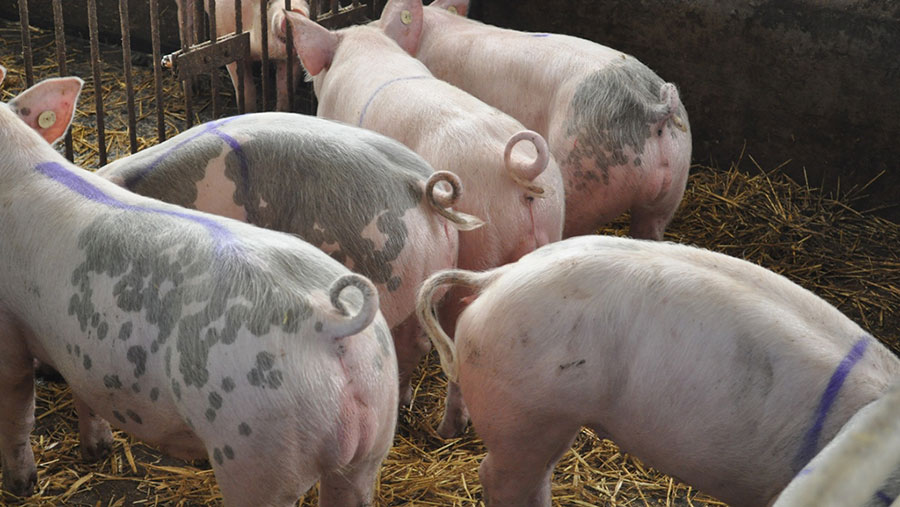 Tail biting is a health and welfare concern in affected pigs and a significant economic concern for industry, leading to reduced weight gain, culling and carcass condemnation.

Research by Scotland’s Rural College (SRUC) has found pigs hold their tails down against their body when tail biting is about to begin.

In experiments, researchers used 3D cameras, placed above feeders, to automatically measure whether their tails were up and curly, or held down.

The study was carried out using 23 groups of weaner-grower pigs which were regularly scored for any signs of tail injury.

The animals were closely monitored and tail biting was stopped as soon as an outbreak was detected.

Findings and what it shows

The study, which has been published in the scientific journal Plos One, successfully enabled scientists to automatically measure tail posture and proved it can act as an early warning sign of tail biting. 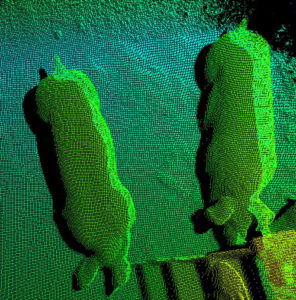 Lead author Rick D’Eath from SRUC said: “This research has achieved everything we hoped for. The challenge for us now is to develop this promising technology into a robust on-farm early warning system that works on any pig farm.”

This “proof of concept” will now be developed in a follow-on Innovate UK-funded project called “TailTech”.

The project will collect data from more diverse pig farms and develop and test a prototype early warning system.

Dave Stephenson, head of Pig and Poultry at Harbro – one of the research partners, said: “TailTech is another example of a key initiative from the British pig industry designed to drive higher welfare standards on farm.”

Grant Walling, director of science and technology at JSR Genetics – another research partner, added: “We recognise that tail biting impacts on animal welfare, farm productivity and pork quality. Any tool that can help reduce or eradicate the problem is a benefit to the whole supply chain.

“This technology has the potential to predict future victims so offers opportunities to update and include information within our selection strategies to reduce the incidence of tail-biting in future generations.”

Outbreaks of tail biting, an abnormal behaviour, have no single cause – there are a number of contributory factors that could include elements of the pig’s genetics, nutrition, environment and management. Outbreaks can occur unpredictably and quickly spread.

Tail docking of piglets is partly effective at reducing tail biting in later life, but is seen as an undesirable mutilation and its routine use is banned in the EU.

Tail biting results in pain and sickness for bitten pigs and severe economic losses for farmers as infection through tail wounds results in abattoir condemnation of meat.

This condemnation alone can cost a producer up to 1% of the carcass value and a loss for the processer of 1% of saleable carcass from the pig. There are also unquantified on-farm costs as a result of the increased labour and veterinary treatments resulting from an outbreak.

The research was the result of a collaboration between SRUC animal behaviour and welfare experts, Scottish farm technology company Innovent Technology and pig supply chain partners including feed company Harbro and Sainsbury’s supermarkets, and the Agricultural Engineering Precision Innovation Centre.

As part of the next phase of reasearch the consortium of partners will be strengthened with the addition of pig breeders JSR Genetics, engineers David Ritchie, pig vets Garth Pig Practice and farmers’ co-operative Scottish Pig Producers.