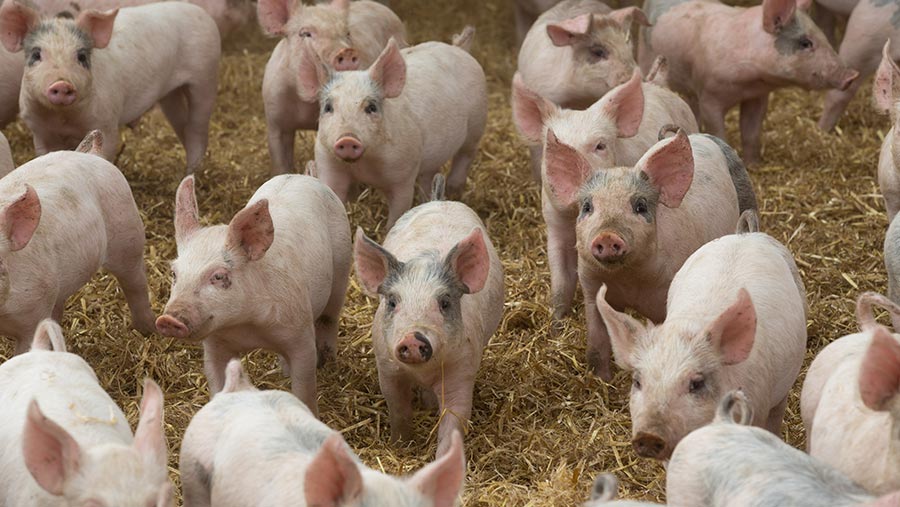 Farm leaders have welcomed the launch of a new border campaign which aims to keep African swine fever (ASF) out of the country.

It aims to safeguard the pork and pig industries by targeting anyone who has the potential to introduce ASF to the UK.

Launched on Tuesday (31 July) by Defra and the UK Border Force, it includes new posters which will be introduced to UK airports and ports throughout the summer, to raise awareness of the disease and the risks of bringing back contaminated products from overseas.

The disease, which poses no threat to human health but is fatal for pigs, has already spread widely across Asia – including China and Vietnam – and in parts of central and eastern Europe. Cases have also been reported throughout Sub-Saharan Africa. 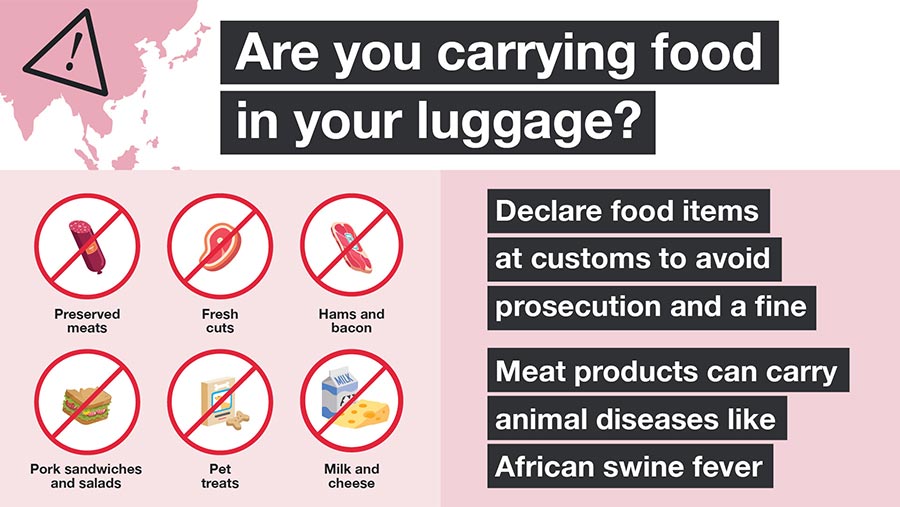 This has led to the deaths of more than 800,000 pigs and wild boar in Europe and an estimated four million pigs in Asia, causing global pork prices to rise.

If the disease were to spread to this country, it could have a devastating impact on the UK’s commercial stock of five million pigs, as well as the trade in pork products.

Dr Zoë Davies, chief executive of the National Pig Association (NPA), said: “The NPA is delighted that Defra and UK Border Force are launching this campaign.

“We have always stressed that the biggest threat to our pig herd is from products coming in from affected countries, so this is an important step to help keep ASF from entering our country.

“The government has estimated that a ‘reasonable worst-case scenario’ ASF outbreak could cost the country £90m. We believe the figure would be much higher and that is why we need to mobilise every available resource and effort to help prevent such a catastrophe.”