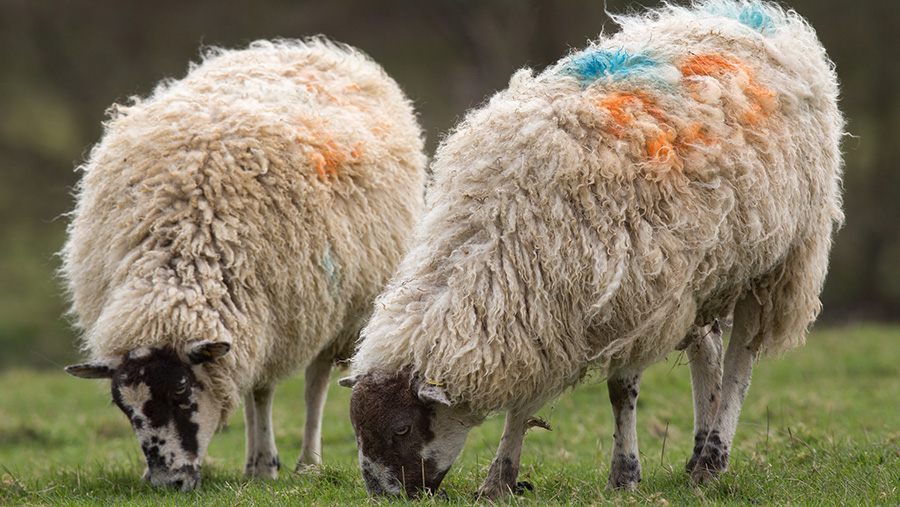 Using a forecasting system based on climate data, the Agri-Food and Biosciences Institute (AFBI) has predicted that the overall risk of liver fluke infection in cattle and sheep during this autumn and winter will be high across all areas of Northern Ireland.

The levels of rainfall during the months of June, July and September were considerably higher than the national average.

In particular, eastern areas of the province, which would normally be considered dry, have seen significant levels of rainfall this summer.

Although August was drier, the unusually high rainfall in June and July will have offset any drying effect, with ground conditions remaining damp, ideal for the survival of the intermediate host, the snail Galba truncatula.

With mean monthly temperatures for May through to September on average 0.5C higher than the Northern Ireland average, and the mean temperature for the period June to August at 14.5C, this was sufficiently high to allow the snails to breed and the fluke infections to develop within the snails.

In areas which are poorly drained and remain wet all year, multiplication of snails will have continued, and the likelihood of liver fluke infection in the autumn and winter is particularly high.

What to look for?

Liver fluke disease can occur in either acute or chronic forms.

The acute form and is caused by the migration of large numbers of immature flukes through the liver.

Signs of severe infection include:

AFBI is advising all farmers to review their fluke control measures at this time of year.

“Access to snail habitats (wet and poorly drained areas) should be reduced or sheep taken off the land and housed or moved to new clean pasture.

“However, in most cases, control will be based on the strategic use of anthelmintics, employing a product effective against the life cycle stages likely to be present in the flock or herd at the time of treatment.

“This is particularly important in autumn when acute fluke infection occurs in sheep and pick-up of infection by sheep and cattle is still taking place.

At this time of year, a product effective against immature and mature forms is needed.

Use of such a product on outwintered sheep once or twice in autumn and maybe in January, coupled with a treatment effective against adult flukes in early spring, should significantly reduce the fluke burden on individual farms,” experts say.

Treatment of chronic (adult) infections in cattle as well as sheep during the winter or early spring is important to help reduce pasture contamination with fluke eggs, AFBI added.

Therefore it said the flukicide programme used has to be on a “know-your-farm” basis and no one set of recommendations will cover all flocks or herds.

The effectiveness of anthelmintic treatment on individual farms can be checked by taking dung samples three to four weeks after treatment and submitting them, through your veterinary surgeon, for laboratory examination.

AFBI said rumen flukes have also become common in sheep and cattle in NI, and this is particularly the case in fluke-prone areas.

It is believed the snail Galba truncatula serves as intermediate host to both liver fluke and rumen fluke.

Adult rumen flukes are less damaging to sheep and cattle than liver flukes, but heavy infections of immature worms may cause diarrhoea, ill-thrift and, exceptionally, death in young animals.

Already this year, a number of deaths of sheep and cattle due to acute paramphistomosis have been recorded.

The condition is caused by the immature worms migrating in the intestine, and it represents an emerging concern for both sheep and cattle farmers in years when the summer rainfall has been above average.

AFBI said farmers that suspect a stomach fluke infection should contact your veterinary surgeon to arrange for appropriate laboratory testing, and to discuss treatment options.