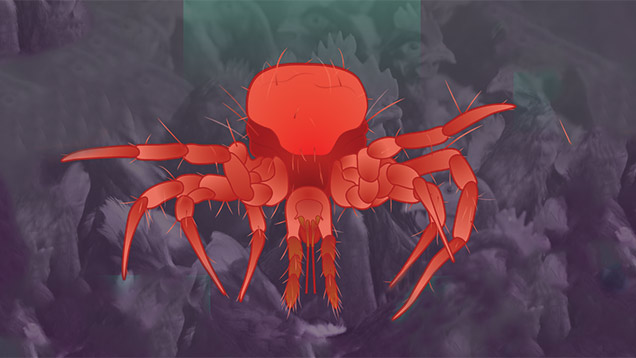 A ban on beak trimming in layers could prove detrimental to hen welfare due to an associated increase in red mite numbers, combined with more aggressive feather pecking.

Recent attempts to improve laying hen welfare have already exacerbated the red mite problem on many laying farms, according to Olivier Sparagano from Coventry University.

For example, the introduction of enriched colony cages in 2012, while giving birds extra space and the opportunity to express certain natural behaviours, has given red mites more hiding places and made effective cleaning more difficult.

Changes to the design of pullet crates, in an attempt to make them more welfare friendly, have also increased the hiding places for red mites during transport.

But the latest concern is the impact a ban on beak trimming could have, should the government press ahead with this policy from January 2016.

“Once again, the welfare advantages for poultry could have a devastating side effect,” says Prof Sparagano.

“When birds are infested by red mite they start pecking at each other, producing more serious injuries and fatalities with intact beaks. This would also reduce productivity and income for farmers.

“It is therefore paramount that the entire poultry sector works to improve pest management and infestation control.”

Regardless of the above issues, Europe has been fighting something of a losing battle against red mites, says Prof Sparagano. Infestation rates have increased (see graphic below), and the economic impact has been put at €130m/year (£95m/year) throughout the EU.

Current controls rely on synthetic acaricides, such as carbaxyl, phoxim and permethrin. But resistance is growing and a number of these products have been banned in some EU countries.

On-farm biosecurity still has a role, though Prof Sparagano advises against washing the shed walls with diesel fuel, as has reportedly be tried in South America.

Faced with these challenges, the search is on for alternative treatments, including the use of essential oils to repel red mite. The high toxicity of thyme oil in particular has shown the most promise, but more research is required.

The Dutch have also investigated the use of predatory mites. While these have shown encouraging results in laboratory set-ups, with each predatory mite eating one red mite a day, in the field there have been problems.

“The predatory mites are bigger and heavier than the red mites, so they are less able to climb cage structures, or get into the places the red mites are hiding.”

The other area of research is vaccines, which are injected into the hens and then kill off red mites that feast on their blood. Results to date have again been encouraging, with about 70% mortality recorded in experiments conducted by Prof Sparagano’s team.

“But that is not really good enough, as it still leaves 30% of the mite population, which will reproduced rapidly and be more resistant to the vaccine in future generations,” he says. “We need to achieve 95% mortality at least.”

Work is still continuing in all these areas, but one of the greatest hopes lies in the area of genomics.

“That is a massive step forward,” says Prof Sparagano. “Clearly, red mites are too small to dissect in the lab.

“But now we can see right into their cells and work out what to target with new vaccine treatments. It provides hope for the future.”

Research has shown that red mites affect, on average, 83% of laying flocks in the EU, with the worst hit being found in the Netherlands, Belgium, Spain, Germany and the UK. The problem is less acute in Scandinavian countries.

The bugs measure less than 0.5mm each, so are hard to see. They are only aggressive in the adult and nymphal forms, not as larvae, and only feed once every three to four days.

Traditionally they feed at night, but some reports suggest they are now appearing in daylight, too. They can survive for many months without a feed, so persist between flocks.

While the females only produce a few eggs at a time, it takes less than a week for these eggs to hatch and reach maturity, meaning the reproduction rate is incredibly quick.

The red mites stay well hidden, except when feeding. But, as well as causing irritation to the birds, they can also lead to anaemia, weaker bones, up to 30% reduced egg numbers and blood spotting of eggs.

There is also a suspicion that they can spread pathogens – both bacterial and viral. For example, salmonella gallinarum, chlamidia and E coli bacteria have been isolated from mites, as has Newcastle disease.

The growing problem is also having an impact on other species, with horses, dogs and, increasingly, humans, coming under attack.