Bluetongue has been detected in Northern Ireland for the first time – in an dairy cow imported from the Netherlands to County Antrim.

The animal has tested positive for the virus following routine post-import testing undertaken by DARD.

Minister Minister Gildernew said: “I acted decisively yesterday following suspicion of disease, to have the animal slaughtered to minimise any risk to other livestock.”

“I have restricted the herd and all of the animals will now be tested for any other evidence of infection.

“The Department will also now be tracing and testing associated herds. Meanwhile an epidemiological investigation has begun to assess the situation. This investigation will help determine if disease is circulating but at this time there is no evidence to suggest that it is. Therefore at this time the North’s ‘bluetongue free’ status remains.” 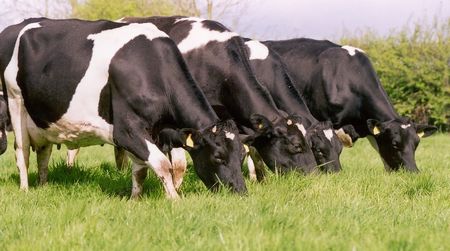 The minister said she would urge all farmers to think very carefully before importing susceptible animals from bluetongue infected countries.

UFU President Kenneth Sharkey said: “The animal involved in this unfolding situation followed all the import control procedures that have been put in place to protect Northern Ireland from the disease.

“The disease has nevertheless emerged so it is now clear that the current import controls do not guarantee that we are protected from the disease when livestock are imported.

For related bluetongue stories and to comment on the forums visit the Bluetongue special report.