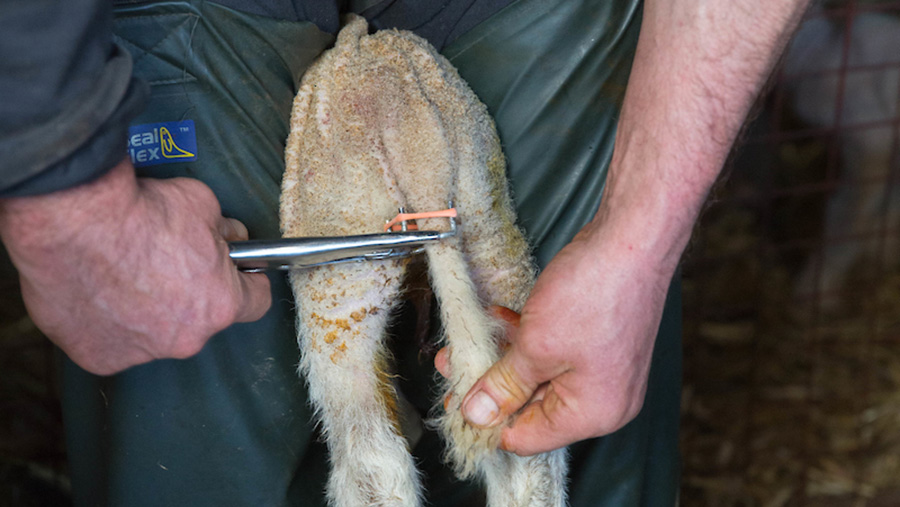 Lambs should only be castrated or tail docked as a last resort in a bid to improve animal welfare, leading vets have told farmers.

Both organisations are calling on such products to be granted UK licences and are urging manufacturers to start the approval process.

The statement launched today (26 February) as part of the Animal Welfare Strategy advised farmers to take preventative measures to avoid the need for tail docking and castration (see “How to reduce the need for castration”).

Castration is a routine husbandry procedure carried out on ram lambs to avoid unwanted pregnancies, ram taint (the tainting of meat that can cause an unpleasant taste) and aggressive behaviours.

However, the National Sheep Association (NSA) criticised the BVA for releasing the statement without having detailed discussions with NSA or existing sheep health and welfare groups.

NSA chief executive Phil Stocker said there was a lot of work going on to strengthen the relationship between sheep farmers and vets, and many farmers were already assessing the need for castration and tailing.

He added that the NSA supported the recommendations in principle, but it had concerns over the BVA’s approach.

“The welfare implications of fly-strike and female lambs that are in-lamb being presented for slaughter can be argued to be far worse than precautionary routine operations done under controlled conditions.

“That said, I would welcome practical and affordable forms of pain relief in order to raise welfare conditions and it would be better for BVA to put their energy into these solutions rather than publicly criticising existing solutions.”

Mr Stocker said until affordable pain relief was readily available, farmers should be trusted to make the best management decisions and should not be “ostracised” or put at a competitive disadvantage when there were still no assurances lower-welfare produce wouldn’t be allowed in the country under new trade deals.

He also raised concerns about the subject being discussed in a public arena.

BVA junior vice-president and large animal vet James Russell said that “in no way did the BVA want to be seen to tell the farming community how to do their job”.

But instead they wanted to encourage vets to work really closely with farmers on their animal health and welfare management plans so that such procedures were used as a “last resort” rather than as routine.

Mr Russell added: “[We] hope that we can help navigate some of the welfare implications associated with routine procedures such as castration and tail docking and, ultimately, reduce their use.

“We know anecdotally that a number of farmers are successfully reducing these procedures in their flocks by using alternative measures.

“It is about striking a balance between a need for procedures such as these and the potential for them to cause pain.”

Commenting on the new position, SVS president Nick Hart said the awareness and implementation of welfare improvements should underpin all aspects of sheep farming.

He added: “As an association, it is entirely appropriate for us to question practices that impact upon welfare, especially when we consider the large numbers of individual animals that are affected.”

How to reduce the need for castration

When alternatives are not achievable, and castration is required: