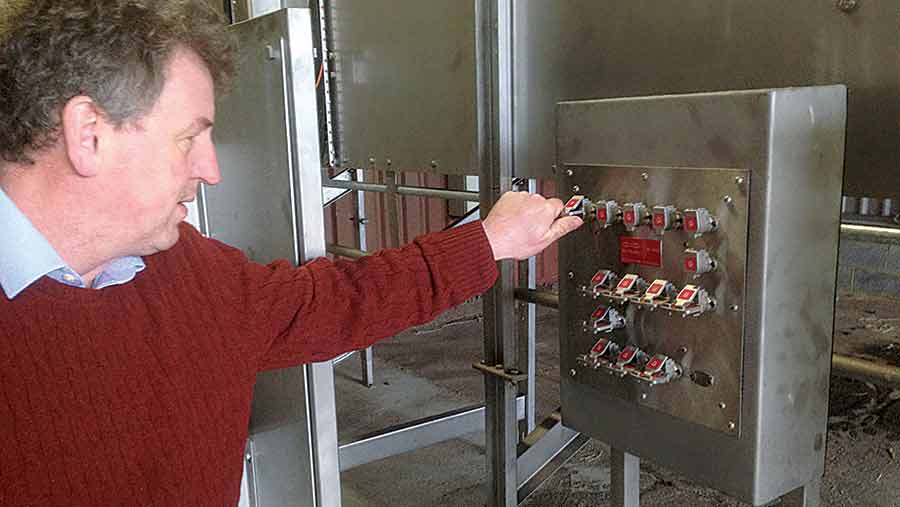 New rules on electrical stunning before slaughter are causing a drop in the quality of finished turkeys. Jake Davies meets an Essex farmer who believes he has hit upon a solution.

It’s a classic example of legislation having unintended consequences.

In December last year, new rules on stunning poultry before slaughter kicked in and, for turkeys, it meant taking stunning rates from 125mA to 400mA overnight. 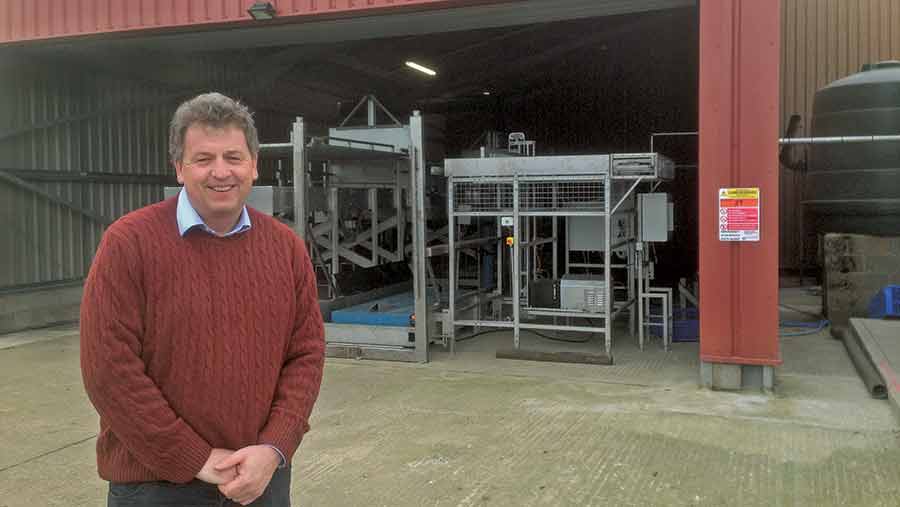 Introduced by Defra, the new Welfare at Time of Killing legislation’s intention was to ensure birds were truly stunned before slaughter, a noble consideration aimed squarely at welfare.

But the reality, at least for turkeys, was more blood spots in breastmeat, more broken wings and a drop in quality, according to William Grove Smith, who farms just outside Braintree, Essex.

“Today’s consumers of turkey won’t accept blemishes like bloodspots, and it means our customers are more likely to go to bigger companies that use gas stunners.”

It proved a stumbling block to expansion, says Mr Grove-Smith, and in order to move with the times, he looked at gas stunning for his own operation, but found them to be prohibitively expensive – a conventional gas stunner may cost upwards of a million pounds.

“We felt we had hit a ceiling, and in order to access bigger customers, we would need gas stunning – I wanted to level the playing field for smaller producers.”

He decided to take matters into his own hands, and teamed up with local firm Anglia Autoflow, a food manufacture equipment business that specialises in the poultry industry.

They worked to design a modular gas stunner that could process crates of turkeys but, more importantly, wouldn’t cost the earth. The outcome is an in-line carbon dioxide-controlled atmosphere device priced at around £75,000.

Instead of the shock and variability of dousing birds in an electric bath, the gas stunner first exposes turkeys to a 30% concentration of carbon dioxide, before a more direct, 60% dose, finishes the job.

The birds emerge unconscious, and will not recover from treatment in the chamber.

Mr Grove-Smith says rejects through the new system are lower, that breast meat yield has improved, and welfare also benefits. The lack of shock means birds present whiter, he adds.

The prototype is now in place. A culmination of an investment just shy of £500,000, some 35% of which was provided by Innovate UK, a grant scheme that encourages innovation.

The device that emerged now sits in Mr Grove-Smith’s lairage. Birds are brought to the farm and queued in their crates.

The system is designed to take turkeys in batches; where a larger slaughterhouse may continually kill for up to 16 hours, a farm-based operator can start and stop as demand requires.

And the process has become less labour intensive to boot. A single fork-lift operator loads crates on to the stunner, while workers at the other end will hang birds on the kill line.

It’s a comparatively smooth operation when compared with hanging live birds on the lines before running them through stun baths.

The prototype has now undergone extensive testing and is fully operational. At the time of Poultry World’s visit, the business was awaiting a licence from Defra to kill with gas stunning, but otherwise the machine was ready to go. Anglia Autoflow is awaiting commissions to put the prototype into production.

Where next for the technology? While initially it was pitched at the medium scale producer in the UK, he now sees opportunity across Europe and the developing world.

“On the continent, there are far more local turkey producers, as the industry is often not as integrated as here in the UK. Further afield, developing countries will eventually need to adopt welfare-friendly stunning – this device could meet their needs,” says Mr Grove Smith.