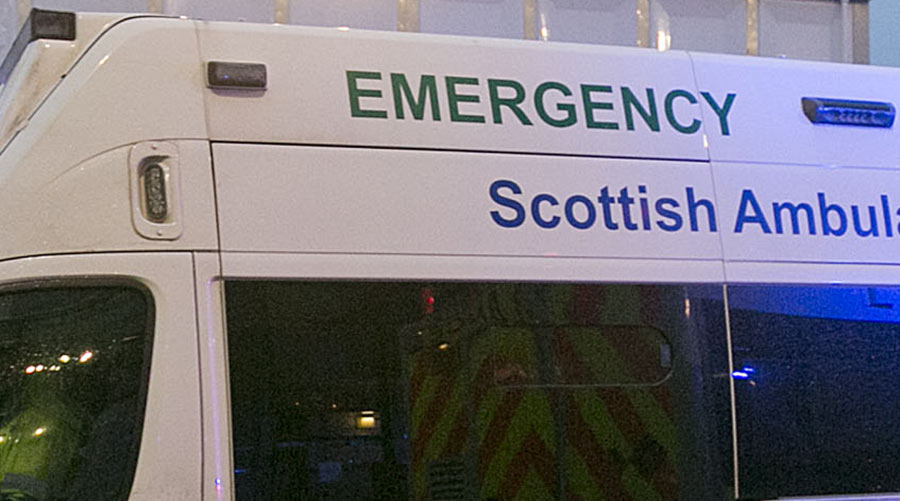 A 75-year-old farmer has suffered severe neck and back injuries after he was thrown in the air and trampled by one of his cows.

David Blair from Newbigging of Ceres Farm, in Fife, fractured his spine and crushed vertebrae in his neck during the incident on Saturday 6 April.

Ground and air ambulance staff were called at about 10am and Mr Blair was taken by road to Ninewells Hospital in Dundee.

According to eyewitness reports in the Scottish Sun newspaper the cattle farmer was “lucky to be alive”.

“He was basically caught by the cow protecting her calf – I know that they can be very, very protective of their babies and he just happened to be walking in the wrong place at the wrong time,” an onlooker told the newspaper.

The farmer is expected to make a full recovery.

The incident took place within days of two other farmers suffering serious injuries while working with cattle.

Coincidentally, one, Perthshire farmer Murray Alexander was taken to the same hospital as Mr Blair after a separate incident in nearby Murthly on 31 March.

The second farmer was a Surrey-based woman who suffered chest and lung injuries on a farm in Bletchingly, near Redhill.

She was taken by air ambulance to St George’s Hospital in Tooting, London.

The Health and Safety Executive (HSE) says it is concerned about the numbers and severity of such incidents and is carrying out an inspection campaign looking at how well livestock farmers manage these risks.

In 2017-18 eight people died while working with cattle, according to HSE statistics.

Meanwhile the Farm Safety Partnership – a group of 38 industry organisations – is focusing on livestock handling within a year-long campaign to reduce fatalities.

Partnership co-ordinator and NFU farm safety adviser Tim Price said: “There is nothing inevitable about death and injury caused by contact with livestock.”

He added: “There are risks when handling livestock and the important thing to do is manage them. Well-designed and properly maintained livestock handling facilities are essential.”