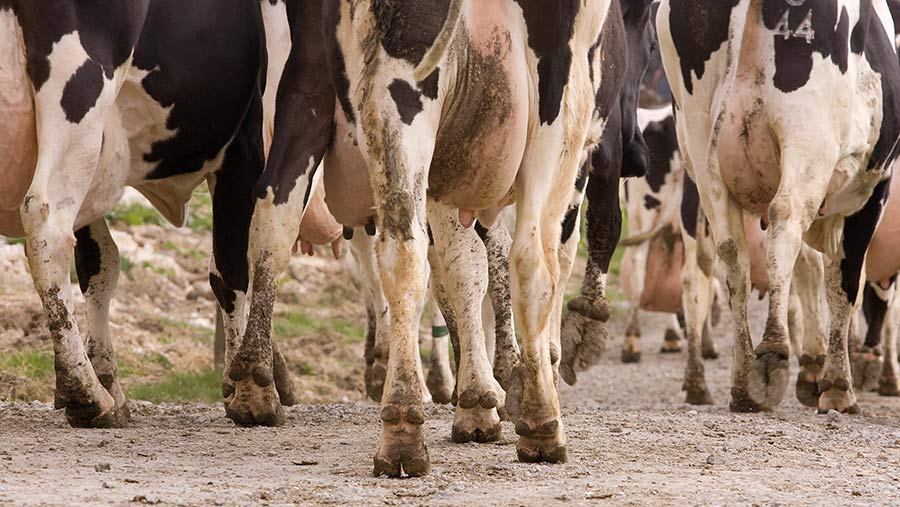 White line disease is one of the most common causes of cattle lameness on farm.

Farmers Weekly spoke to Hannah Fitzsimmonds, vet at LLM Farm Vets and member of VetPartners’ Mobility Special Interest Group, to find out more about the disease and the best ways to treat cases.

What is white line disease?

White line disease is the separation of the wall horn and sole horn in the foot – with the white line being the softer horn that joins the two.

This separation is caused by abnormal forces in the white line region, which leads to a weakness of the white line and allows the entry of bacteria and foreign material into the foot.

What are the symptoms of white line disease?

Deterioration in mobility is usually the first indication of an issue.

With lameness estimated to cost UK farms an average of £15,000/year, LLM vets has issued some top tips for tackling lame cows:

More advanced cases can present with heat and swelling of the foot, especially at the coronary band or the heel.

As well as this, the lameness can cause secondary issues such as reduced feed intake, lower milk yields, and poor fertility.

How is it caused?

As described above, white line disease is caused by abnormal shearing forces in the region of the white line, and each farm will have different risk factors that can lead to this.

As such, it is worth getting the whole farm assessed to determine what could be causing issues.

What can be done to treat and prevent it?

An environmental assessment is useful to assess the impact of the risk factors mentioned above.

Pay particular attention to the surfaces cows walk on daily and the way in which they are handled.

All lame cows should be identified and treated promptly and effectively.

This should include the following protocol:

The longer you leave a lameness, the worse it gets – and the more expensive to rectify – so it is important to identify lame cows and treat them as part of a daily task.

A case of white line disease can be incredibly costly at about £200-£300 a cow, depending on its severity.

Therefore, it is worth investing in an on-farm evaluation, with a view to implementing changes that mitigate any risks identified.

Devon dairy farmer Richard Tucker has reduced lameness by more than 15% after identifying white line disease as a major issue on farm.

The pasture-based farm, near Tiverton, is heavily reliant on tracks to access different parts of the farm, however, these tracks became the source of a heavy lameness burden.

“We are tenant farmers and when we first put the tracks in, we were looking at doing it as cost-effectively as possible, so used our own stone,” explains Mr Tucker.

“While the tracks were great at first, they began to erode over time – exposing some of the larger stones underneath – and, in particular, when they were wet, they got incredibly slippery, which was no good for the cows.” 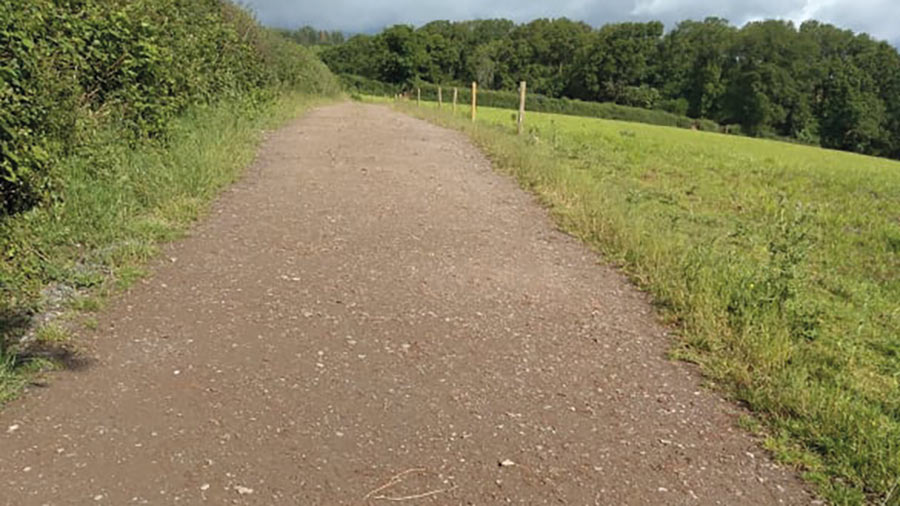 Mr Tucker says they were constantly picking up feet and quickly noticed that white line disease was the issue. So, they bit the bullet and resurfaced the tracks.

“We looked at a number of options, including artificial grass and railway sleepers, but eventually settled on a combination of concrete and bought-in stone.”

The high-usage tracks (closest to the parlour/heavy vehicle traffic) were re-laid with grooved concrete, while a base layer of 6F5 aggregate and a top layer of scalpings was used for the rest of the tracks around the farm. 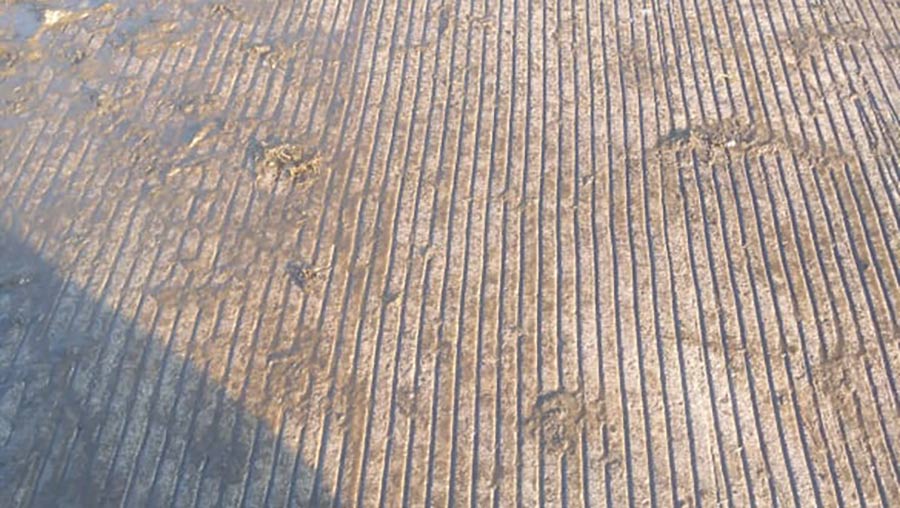 As well as this, Mr Tucker now does regular mobility scoring as part of the Arlagården programme, though the cows are monitored daily when brought in for milking.

“It was obviously a reasonable cost, but the impact of resurfacing has been tremendous.

“We have brought our lameness figures down from a peak of more than 19.4% in 2016, to under 5% for all types of lameness. It was definitely worth the investment.”