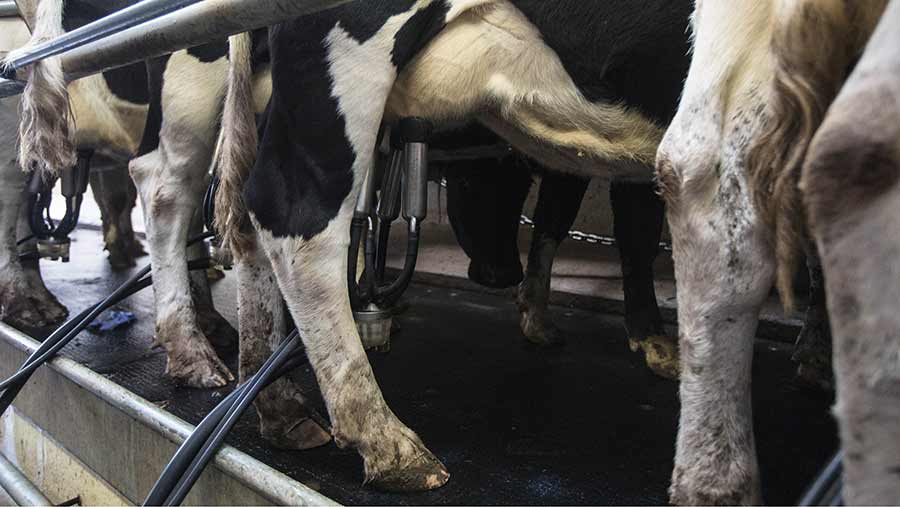 Trials of the drug ketoprofen in cattle suffering with digital dermatitis have shown it can be used as an effective painkiller, helping to maintain milk yields.

The research work was funded by Ceva Animal Health and undertaken by the University of Liverpool in a bid to establish whether pain relief could help stem widespread economic losses associated with cattle lameness.

The issue is one of the most significant welfare, health and production problems in UK dairy herds, leading to significant costs though yield loss, mastitis and infertility, according to Ceva.

That is backed up by AHDB Dairy figures which suggest each case of lameness costs milk producers £2.20 a day.

But she said the study had clearly revealed that a ketoprofen product – Ketofen 10% – had helped reduce pain levels and improved mobility scores in cattle.

These reduce inflammation and bring down a high temperature, and are successfully used for treating claw lesions, Mr Bell said.

But this study is the first real insight into how important NSAIDs are for any lesion, including digital dermatitis, particularly if the cow is showing signs of lameness, he suggested.

During the study, 158 cows with active digital dermatitis were treated with a topical application of oxytetracycline spray. One group also received an intramuscular injection of a product containing ketoprofen at 3mg/kg. Cows, including some which were already showing lameness, were mobility-scored just before they were treated and then again one week later.

The results suggested that all animals in the untreated group were 2.57 times more likely to be lame at the second mobility score compared with those that received the painkiller Ketofen 10%.

But untreated cows that were lame at the first scoring were more than 20 times more likely to stay lame a week post-treatment compared with cows treated with Ketofen 10%.