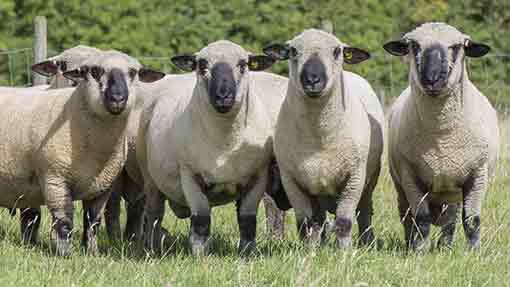 Contagious ovine digital dermatitis (CODD) is a prominent but little-understood problem in UK sheep flocks, Joseph Angell from Liverpool Vet School explains the issue and what is being done to get on top of it.

CODD was first reported in the UK in 1997. Since then it has been seen throughout the country.

Estimates vary as to how many flocks are affected, but a recent survey of UK vets suggests in some areas of the UK virtually all flocks may be affected.

The disease is thought to be caused by a group of bacteria called treponemes, but it may be that other bacteria are involved as well.

It is not known where the disease has come from, but most experts believe it to have originated in cattle. This is because the treponeme bacteria found in digital dermatitis lesions in cattle are the same as those found in CODD lesions.

The CODD project is a four-year study currently being conducted at the University of Liverpool. Directed by Dr Jennifer Duncan and Dr Dai Grove-White, it aims to study all aspects of the disease as well as trial a number of different treatment strategies for eliminating and controlling CODD on a farm.

The disease is infectious, which is why farms with CODD often report it having first occurred following a breech in biosecurity.

The transfer of the disease between sheep may be due to several reasons – for example, buying in sheep, grazing flocks on some other pasture or grazing them with cattle.

CODD has been mistaken by some people with severe foot-rot, however it is important to note that these diseases are different and CODD does not respond well to normal foot-rot treatments.

Sometimes, though, CODD and foot-rot may occur together and this can be confusing, so a careful examination of a number of lame sheep within an affected group should help decide which diseases are present.

At the moment there has been very little scientific assessment of the effectiveness of different treatment strategies. One small study suggests that long-acting injectable amoxicillin, given with oxytetracycline spray, has some benefit over using oxytetracycline spray alone.

There are many stories of farmers and vets using different antibiotic treatments in topical and injectable forms with varying success, but none of these have been tested properly, in a controlled way, so talk to your vet for advice.

As it is an infectious disease it is really important to try and limit spread as much as possible by practicing good biosecurity at all times.

Buying in sheep is risky, but often necessary to most businesses. So inspecting sheep closely for signs of foot disease is vital to avoid bringing any infectious foot disease on to the farm.

Isolating purchased sheep for at least a month – either in a shed separate from any other sheep and cattle or in a separate field – reduces the risk of introducing an unknown problem.

Hopefully, within the period of isolation, any condition present should become apparent under careful observation. Isolating affected sheep during an outbreak may help limit the spread of disease as well.