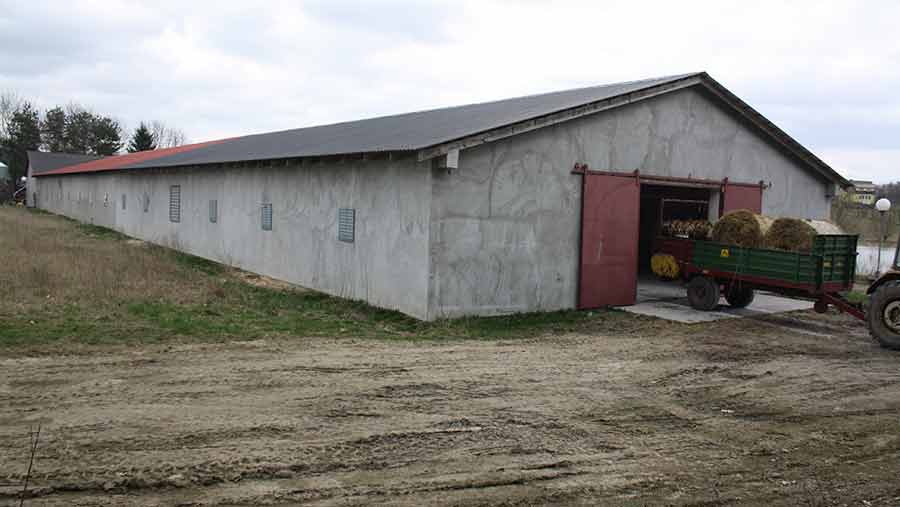 Here, Poultry World reviews the speakers from the day, who covered health, prospects and European production.

Click on the story titles to jump to a particular story.

Nuffield farming scholar Patrick Hook is forecasting the prospects for the UK poultry industry as part of his research, in particular examining the influence an increasing global population will have.

He highlighted that many countries had good biosecurity systems in operation, and that farmers had a good understanding of the dangers of having birds close to lagoons and lakes. New Zealand, in particular, enjoyed the benefit of farms being widely dispersed across the country.

A number of farms had cameras on site, which could be linked to mobile phones, allowing the customer insight into the welfare and management standards on the units, he explained. There was also a considerable investment in housing in a number of countries.

The conference heard that the US was under growing pressure to curb antibiotics use because of perceived risks to human health. As a result, all 10 major companies in the US had developed antibiotics-free chicken ranges that were now widely marketed.

Consumer pressure in Holland had also been growing against the rearing of “Plofkip” birds, which are slaughtered at about 42 days. Three of the nation’s largest supermarkets – Albert Heijn, Jumbo and Lidl – announced in December that they would cease selling the meat.

Mr Hook highlighted the excellent veterinary extension service in the US, which meant there was real interest in poultry science among young people.

However, apart from in Hungary, lack of people entering the industry was a big issue, with youngsters tending to enter better paid jobs in the mining sector (Australia) and dairy industry (New Zealand).

Retailers, especially in Australia and New Zealand, were more understanding of the need to support and encourage the supply chain.

“I think out of all the countries, the UK has the most aggressive stance and we are seeing less support for agriculture from our retailers, which in the long term will be very detrimental to our supply chain,” he added.

The UK poultry sector can learn some invaluable lessons from the Polish broiler industry, the largest producer in the European Union, according to NFU poultry adviser Gary Ford.

At present, Poland produces 2.1m tonnes of poultrymeat each year and output is likely to rise by 5% in 2016, while the UK is currently fourth in terms of output (behind France and Germany), producing 1.6m tonnes.

Mr Ford, along with a small UK delegation, recently visited a broiler farm near Gdansk and a turkey unit close to the Belarus border.

While the 10 broiler sheds containing 200,000 birds were functional and biosecurity was rudimentary, he was impressed with the close links the farmer had with the veterinary service. Part of this may be linked to vets getting commission on output but there was a genuine partnership between vets and producers.

“Vets visit twice a week and have a really good, close relationship with the farmer – I think they are ahead of us in Poland in this area.”

Despite having some fairly antiquated farm machinery, there is increasing use of cameras to monitor bird welfare in the sheds, which can be downloaded to mobile phones – a practice the UK could adopt.

There is also genuine interest in the Red Tractor assurance codes in Poland – an area where the UK plans to promote more widely this autumn.

Global poultry production faces immense challenges from the emergence and evolution of avian influenza strains, according to a leading scientist battling to combat the disease.

Munir Iqbal, head of the Pirbright Institute’s Avian Influenza Virus Group in the Avian Viral Diseases Programme, told the conference that he was particularly concerned about the spread of the low pathogenic H9N2 strain, which had become endemic across Asia, the Middle East and North Africa.

Clinical signs of birds with the strain include mild respiratory disease, a drop in egg production and mucus blockages in the trachea, but the disease is exacerbated by secondary infections, which can cause up to 50% mortality.

Dr Iqbal said the disease had spread to the very edge of Europe, with indications that up to half the national flock in Morocco had become infected. As well as significant losses in poultry, it has the potential for creating new viruses which can infect humans, he said.

It can also act a donor of genes to other zoonotic avian influenza viruses such as the recent Chinese H7N9 and H10N8 outbreaks.

One challenge facing scientists battling AI is that birds in parts of the world, such as Egypt, have been infected with a number of strains of the disease, making current vaccination extremely difficult.

This has been produced in cultured cells and a single dose, administered in day-old chicks, induces lifetime protection against Marek’s disease but also immunity to AI. The vaccine works very well as the birds get older, particularly after 63 days but is not so good for broilers under 20 days old.

Dr Iqbal’s latest work,  published in January, has been on the mapping and analysis of the antigenicity of H9N2 AI virus, which will guide surveillance and ensure vaccines are more effective than before, 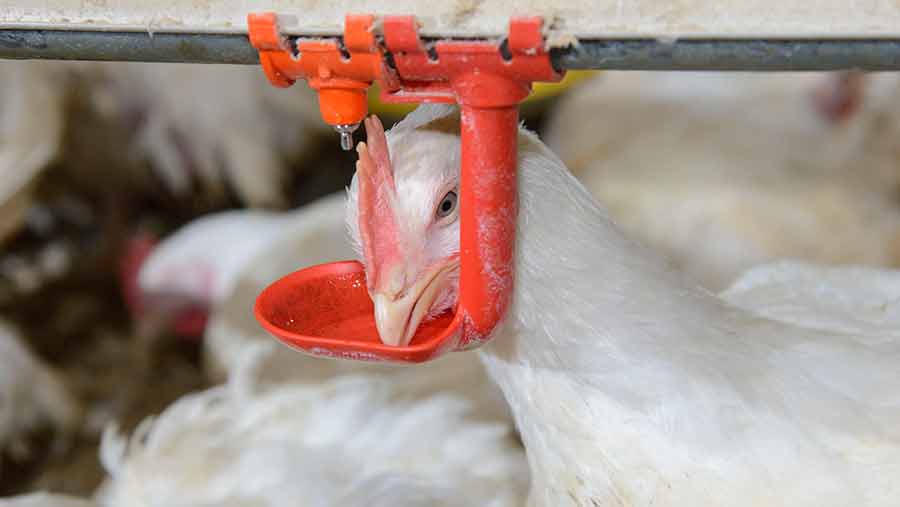 Weight gain and improved feed efficiency have dominated the industry’s agenda over the past decade at the expense of healthy water systems.

Susan Watkins, a professor and extension specialist at the University of Arkansas, said good water quality played a key role in giving broilers an excellent start.

Due to the slow-moving water systems in poultry units, particular care was needed to prevent contamination from bacteria, viruses, protozoa and worms.

She told delegates that it was important that producers understood their water supply’s challenges and addressed them properly.

Downtime needed to be used effectively to ensure water systems were cleaned out. It was also important to find a daily water sanitiser that was best suited for the operation and was easy to use, monitor and cost-efficient, she added.

Delegates discussed different types of water sanitisers. Chlorine, said Dr Watkins, was useful but was determined by the pH level of the water, working best at pH4-7.

Its effectiveness was also affected by the cleanliness of the water, the amount of time it was present in the water and the temperature of the water.

Hydrogen peroxide was another alternative, although its effectiveness falls over time and it can be dangerous to store.

Use of ultraviolet light, which infuses electrolysed air into the water supply, to provide an oxidation process, was also a promising alternative, she added.

Dr Watkins said chlorine dioxide was a good sanitiser and a strong oxidiser that killed pathogens on the biofilm. However, some specialists have suggested it is unable to break down or remove the biofilm.

Ozone is also able to “rip everything apart” but might not always be the best option available, she added. Swabs of microbial content collected before and after cleaning can help determine which products work best.

Dr Watkins said it was vital the right concentration of a cleaner was used and that it was given the proper amount of time to work. The whole system must be cleaned, including water lines, standpipes, regulators and distribution pipes.

If parts of the system were not cleaned of biofilm and other residue it could undermine all the other work taking place.

Finally, she said it was important the system was flushed clean with a sanitiser birds can drink after cleaning. Stabilised products worked well because of their longevity post-application. Secondary treatment could kill microbes that survived the line cleaning.

These articles are based on papers presented at the recent South West Chicken Association conference.