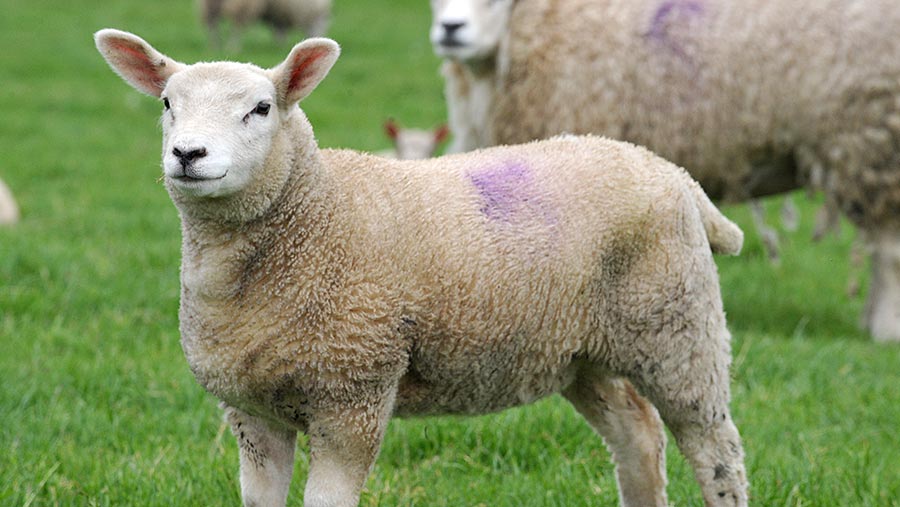 A Cheshire sheep farmer who has reduced lameness rates to just 2% from a one-time high of 30% says working with a Suitably Qualified Person (SQP) at his animal health supplier has been crucial to achieving his best-ever flock health status.

Rob Mitchell experienced major issues with scald and this was affecting productivity as lambs were missing finishing targets by several weeks.

The turning point came when he sought advice from Mark Pass, a registered SQP at Beeston Animal Health, a sister company of the Willows Veterinary Group in Cheshire.

As a SQP, Mr Pass is entitled to prescribe and supply prescription-only medicines (POM-VPS) and he is also trained to deliver the MSD Lameness Reduction Plan – a five-point strategy that tackles the most common causes of sheep lameness.

Mr Mitchell, who farms with his father, Michael, at Moseley Hall near Knutsford, joined the Willows Sheep Club, a sheep discussion group with a proactive health and performance approach run by Mr Pass and vet Gethin Edwards.

Through membership of that club and seeking best-practice advice from Mr Pass on a regular basis, Mr Mitchell says flock health and productivity is the best it has ever been.

“We have three times more sheep than we had seven years ago, but despite those numbers, the flock is easier to manage because we are on top of problems,’’ he explains.

In 2016, with support from Mr Pass, Mr Mitchell put in place lameness reduction protocols, including a strict regime of culling chronic cases and a rigorous vaccination and treatment policy.

Mr Pass flagged up several gaps in the farm’s approach to the “cull, treat, quarantine, avoid and vaccinate” policies recommended in the FAI Five-Point Plan (see “Improvements in lameness control at Moseley Hall”).

He has addressed 24 of the 25 recommendations in the Five-Point Plan.

Ewes that had recovered from lameness were not monitored for future problems, and sheep with chronic misshapen feet were not culled.

Also, Mr Mitchell had been slow to treat and did not foot-bath replacements correctly.

He admits he had taken a lax approach with culling because he was expanding the flock, but culling persistent offenders is now standard practice.

Now, if a sheep is lame at weaning, she is treated and is run in a separate group away from the main flock.

“Regardless of age or how much I like her, if she isn’t cured within three weeks, she is culled,’’ says Mr Mitchell.

Vaccination for foot-rot was introduced as a preventative measure alongside treatment.

Dates for administration and other animal health treatments, such as worming, are set out in a calendar that is refreshed three times a year after Mr Pass and Mr Edwards assess the problems and discuss with Mr Mitchell what can be put right.

“Timing is crucial, and the calendar helps us plans things better – everyone on the farm knows what needs to be done and when,’’ says Mr Mitchell.

Not only have the measures lifted health, but they have helped flock management, too.

“There is less work; it makes a massive difference,’’ says Mr Mitchell.

“We are seeing financial benefits too, not just from lambs finishing on time, but we are getting higher prices for our cull ewes because they are better quality and we are not losing many from the flock because it is young.’’

Mr Mitchell says the best-practice advice he receives from Mr Pass and Mr Edwards and his membership of the sheep club, which costs £600/year, have been central to the progress he has made with lameness.

“However good you are as a farmer, there is a lot of stuff you don’t know, and when you are in a business day in, day out, there are a lot of things you can’t see so you need a fresh pair of eyes to spot those,’’ he says.

Mr Mitchell believes two heads are better than one and adds having protocols in place has given him more time and peace of mind. 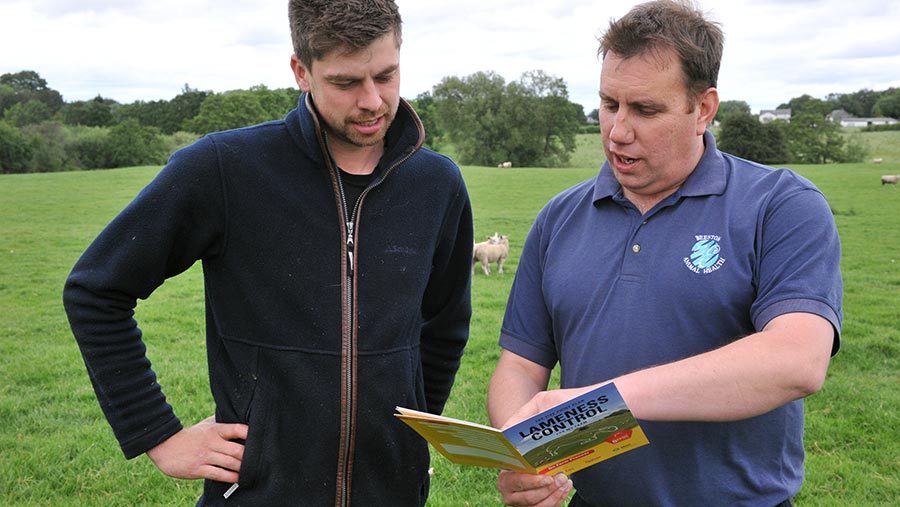 “It is a joined-up approach with everyone singing from the same hymn sheet – the farmer, the SQP and the vet – and when it comes to advice, Mark is always right.

“If I need the finer detail of what products to use, I can always call Mark for chat.’’

His challenge now is to maintain his exceptionally low lameness incidence.

“The situation we have here today is as good as it has ever been but we can never afford to be complacent.

“We get issues with scald in the late summer, when there are a lot of lambs on pasture for a long time, but we now have systems in place to deal with this.

Other changes that have been introduced

“If you don’t make changes, things will always stay the same.

“We now have the mindset of wanting to keep improving.’’

As an SQP, Mr Pass says he feels personally responsible for the performance of his customers’ livestock – he looks after 350 farmers and there are 50 in the sheep club, which meets regularly and has on-farm meetings with experts.

“If they are not doing well I see it as being my fault, but once there are protocols in place, you have a base to work from.

“They will ring me for advice, and if I don’t have the answer, I have the vets as a back-up.’’

During the next few weeks, MSD Animal Health, together with Farmers Weekly, will be highlighting how the proven FAI Five-Point Plan (5PP) gives sheep farmers a clear framework for managing lameness effectively.

We will be working across the industry to provide best-practice advice and a range of practical tips.

Implemented correctly and given long-term commitment, the 5PP builds natural disease resilience within the flock, reduces the disease challenge and spread on the farm, and improves flock immunity through vaccination.

Adoption of the 5PP will maintain progress towards the industry target of achieving <2% lameness in the national flock by 2021.

Widespread adoption of the 5PP will also help reduce the amount of antibiotics used by the sheep industry by at least 10% in line with the Ruma Targets Task Force recommendations.