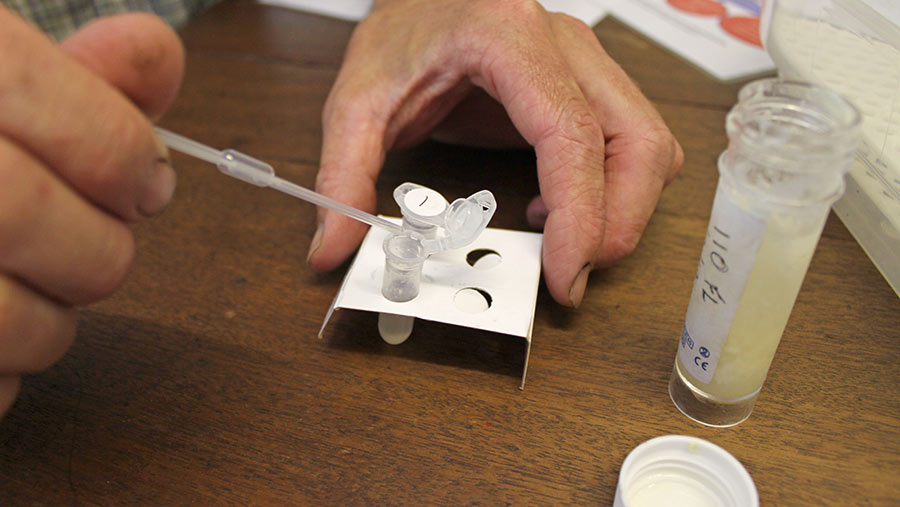 Rather than reaching for antibiotics at the first sign of mastitis, the team at Camerton Farm, Radstock, now do a milk bacteriology test  for every case on farm and then make informed treatment decisions 14 hours later.

The approach is based on understanding the pathogens involved in causing a mastitis infection and then only using antibiotics to treat the bacteria that is likely to respond.

Infections that are likely to self cure will just receive non-steroidal anti-inflammatories (NSAIDs).

It is a strategy that was initially greeted with some scepticism by the team at Camerton, which is owned by the Wells family. However, a 45% reduction in repeat cases has laid any concerns to rest.

Over the past 12 months, the policy has led to a 25% reduction in antibiotics tube use and a 34% drop in treated mastitis cases.

Why the farm has taken this approach

“Quite a lot of research done recently has pointed towards mild to moderate cases of gram-negative bacteria being no more likely to cure with antibiotics therapy as self cure,” he explains.

This means it is likely that gram-negative infections – such as E coli – are generally being overtreated with antibiotics.

In comparison, Mr Neale explains that gram-positive bacteria, such as Strep uberis and Staph aureus, have been shown to respond better to aggressive antibiotics treatment, rather than short antibiotics courses.

This means these cases are possible being undertreated, potentially leading to more repeat infections.

“Out of the first 20 tests we completed, 17 didn’t require antibiotics [gram-negative]. I realised we’d possibly been treating them for all this time for no reason and to no affect,” he says. 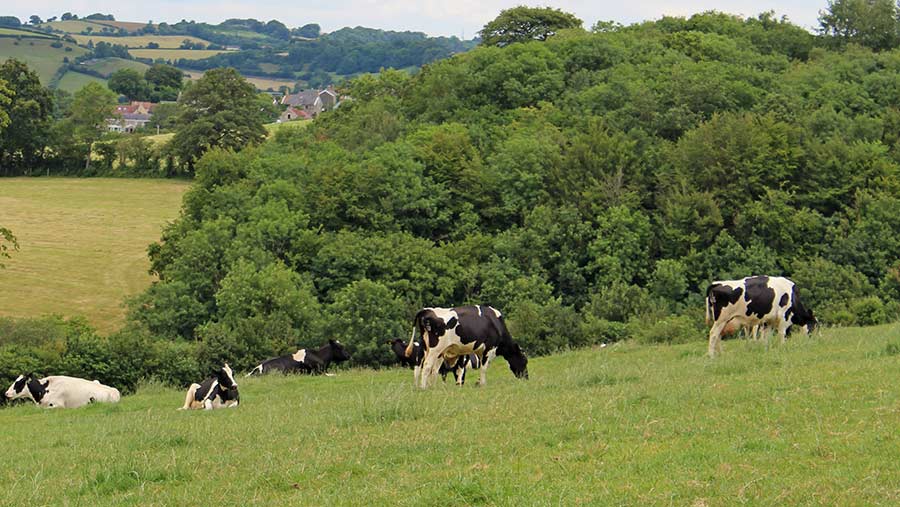 Mr Wells started doing milk bacteriology tests about 12 months ago as part of an overall strategy to lower antibiotics use. He had already reduced use of critically important antibiotics and implemented selective dry cow therapy.

However, having identified mastitis as the main “weakness” for antibiotics use on farm, he was keen to look at strategies. 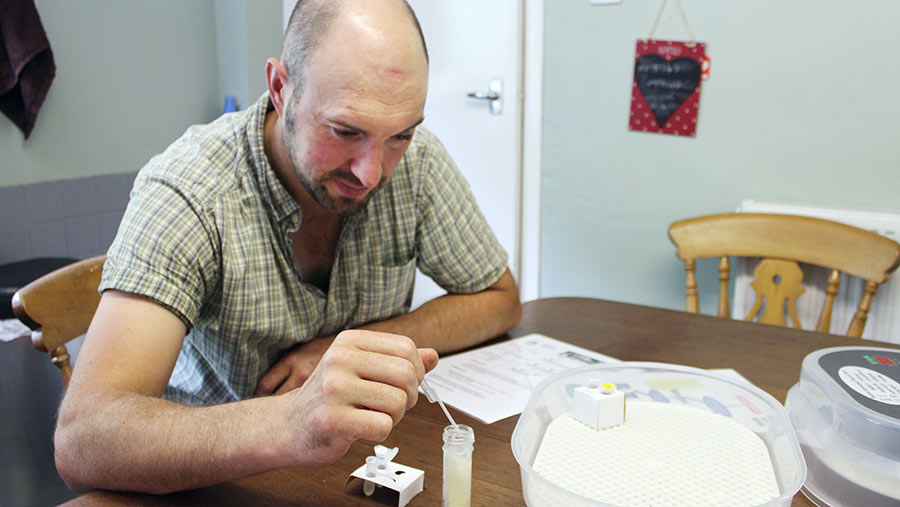 Initially, milk samples were packaged and sent back to Shepton Vets for testing. But the practicalities of sending samples meant not every case was sent for analysis and it could take about 24 hours to get a result.

Results are available within 14 hours, with treatment decisions then made. 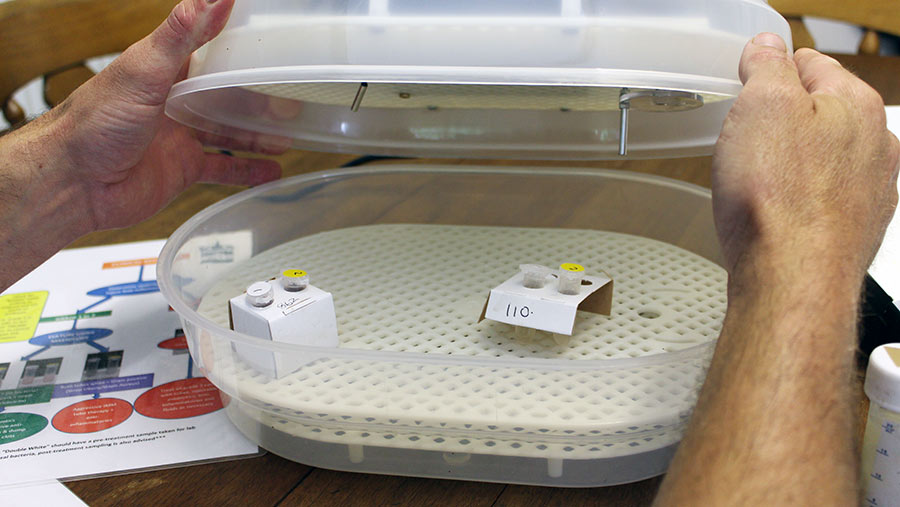 Ultimately, the primary benefit of using on-farm kits is the ability to make faster, informed treatment decisions – something that is vital for treatment success.

Mr Wells believes on-farm testing has brought huge benefits. “It’s less milk thrown away, it helps the cow build up her own immunity and reduces antibiotics use by concentrating on tubing cows that will respond to it,” he says.

“I see it as similar to blanket treating dry cows with antibiotics in the past and now using selective dry cow therapy. It’s taken a while for everyone to do that. This will be similar.”

How to do it