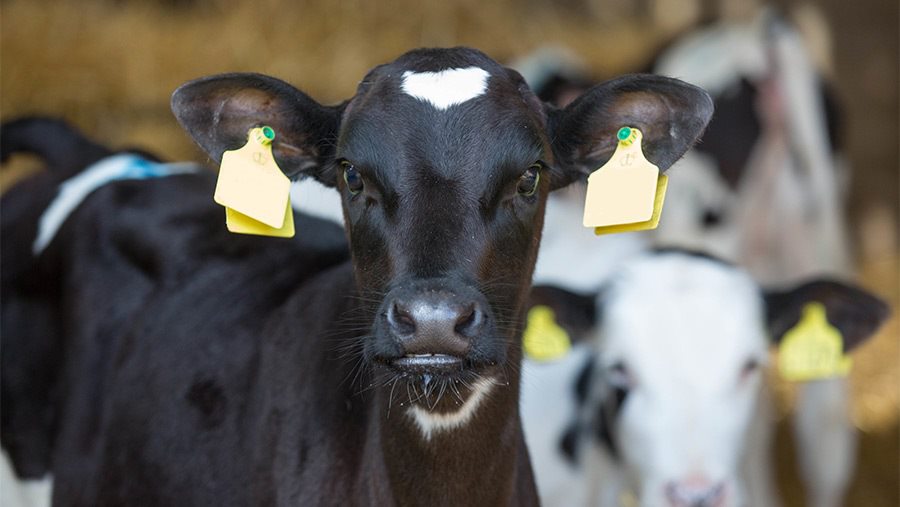 Subclinical pneumonia, where there are no obvious signs of the disease, in young calves is going undetected on farms, a Scottish study has found.

Calves are more likely to succumb to disease during this period due to antibody levels from their dams waning and stressful events such as dehorning or mixing groups.

TUS uses high-frequency sound waves to capture live images of internal body organs. A standard scanner was used in the trial – the same one used for rectal fertility scanning in cows.

Calf hair was soaked in liquid to allow the ultrasound to move through it and the probe was lined up with the ribs to allow inspection of the left and right lungs.

Why use thoracic ultrasound scanning?

TUS is relatively new in the UK but is commonly used in the US. It can be used:

The trial and the results

The herds were revisited in the summer and a further 171 calves were scanned. The improvements led to a reduction in subclinical disease – it dropped to six times that of clinical cases.

“It’s not going to fix [bad management] but once you have colostrum right, the environment is as perfect as it can be, and feeding and hygiene is just right, it gets you to the line.”

Mr More said many farmers think they don’t need to vaccinate because they are only having to treat 2% of calves for pneumonia. But he said it was common for herds to have 15% of subclinical cases that go undetected and cause financial losses.

TUS is now being rolled out as part of herd health plans at Galloway Vet Group.

For more information on TUS and to see a video of it being carried out, see the Bovine Lung Ultrasound UK Facebook page.

*Farms B, C, D and F all vaccinated in phase one. In phase two D had stopped testing and subclinical infections went up.