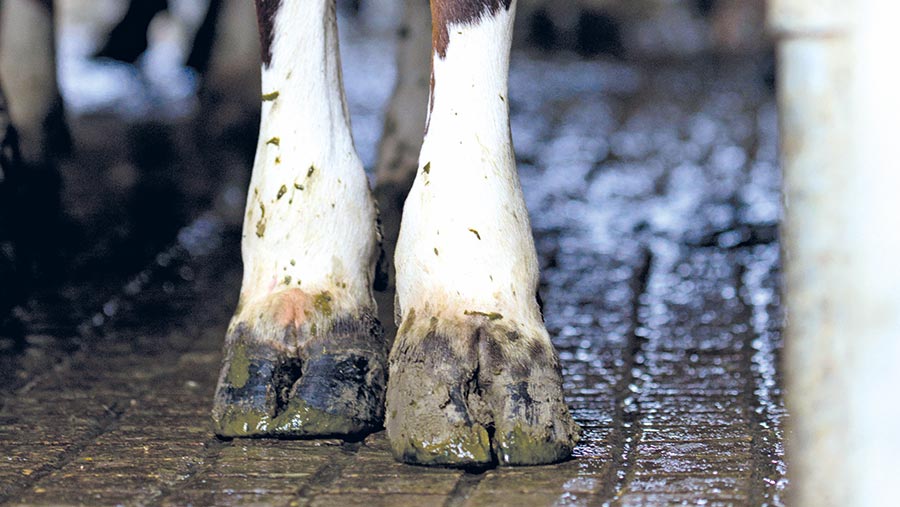 Lameness levels have increased from 38 to 40 cases per 100 cows, probably as a result of heat stress over the summer and more time spent standing to cool down.

But this has not been helped by a slow uptake of recommended treatment protocols, research shows.

In 2015, the results of an extensive four-year AHDB research trial showed that a combined approach to treating lameness was most effective, with an NSAID (non-steroidal anti-inflammatory drug), trimming and use of a block resulting in the highest number of cured cows after five weeks.

But data just released by dairy consultant Kingshay has demonstrated a gap in the understanding and application of this recommended treatment protocol. Its results show:

There is a strong business case for using a complete treatment programme for reducing lameness levels in a herd.

See also: How leg sensors helped get on top of lameness in dairy herd 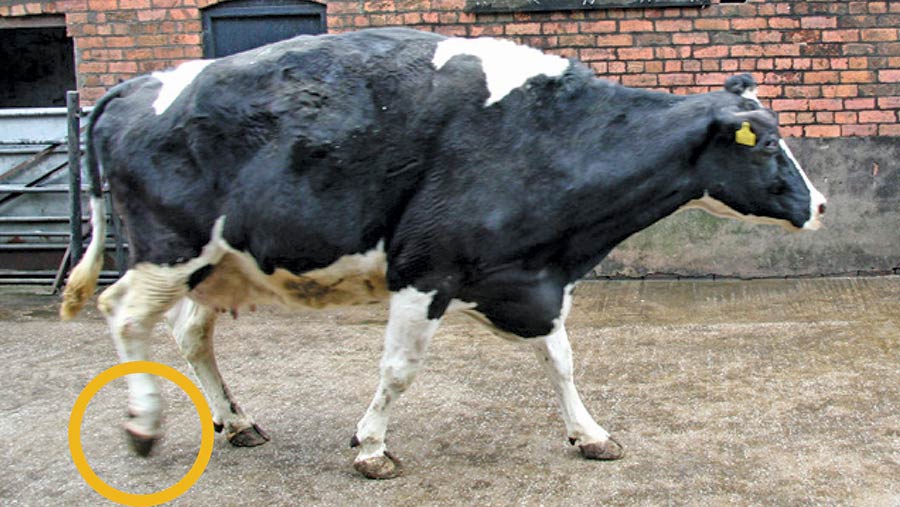 She says there’s a clear opportunity to improve efficiencies and cut costs, as demonstrated by the top-performing 25% of herds.

Vet Nick Bell participated in the 2015 AHDB research and works with the University of Nottingham’s School of Veterinary Medicine and Science and is involved with their research on reducing lameness in dairy cattle. Below, he offers insight into how the combined approach works, including Early Detection and Prompt Effective Treatment (Edpet).

This approach is key to break the cycle on farm and further reduce overall herd levels of lameness.

Stage two: Use an NSAID

Using an NSAID, such as Dinalgen, can help reduce swelling and inflammation and relieve built-up pressure within the foot.

Daily doses of an NSAID should be given for three consecutive days, with the first dose before any major therapeutic trimming is carried out.

This will help relieve pain before the trimmer works on the foot.

When trimming, follow the “five-step method”. This is used internationally with proven results.

The first three steps restore the functional shape of the foot by improving the angle, while shortening the toe length helps reduce pressure on the heel. 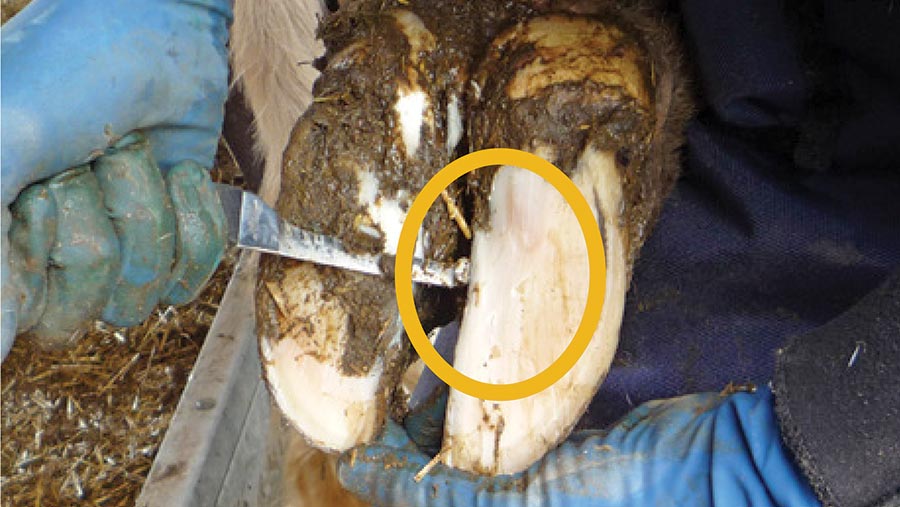 The fourth element of the five-step method is to apply a block on the sound claw, which lifts the affected opposite claw off the ground, reducing weight bearing and providing the best chance of recovery.

This can be very effective when combined with trimming down the heel slightly on the painful claw.

Once a block is applied, any loose horn and ridges can be removed by the trimmer, which completes the fifth and final part of the process.