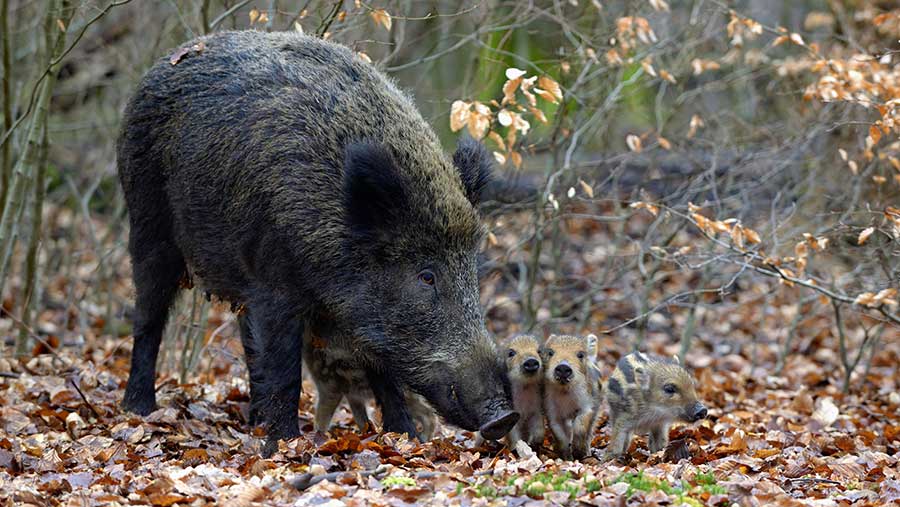 A total of 28 wild boar have tested positive for ASF in Belgium’s 240sq mile “plague zone”.

Belgian authorities have found 45 dead boars in the restricted zone, of which 28 tested positive, according to reports received by the NPA.

A further 24 boars were found and analysed for ASF outside of the zone, but test results are unknown.

The protection zone stretches across southern Belgium and is under increased surveillance and biosecurity.

Last week, Belgian authorities announced a mass cull of all 4,150 domestic pigs in the zone, which was expected to be completed by Tuesday (2 October).

This follows the first confirmation of ASF in four wild boar in Etalle, in the Luxembourg region of Belgium, on Friday 13 September.

During a visit to Belgium last week, Vytenis Andriukaitis, European commissioner for health and food safety, underlined the success of protection zones in the Czech Republic.

She said that, outside of protection zones, population control in wild boar was a crucial part of European strategy.

Ms Andriukaitis said: “As a sector, we have indicated that we have rolled out the necessary biosecurity measures throughout the chain to prevent the transhipment of African swine fever into the pig population. The European Commission recognises the challenge that lies with international transport.”