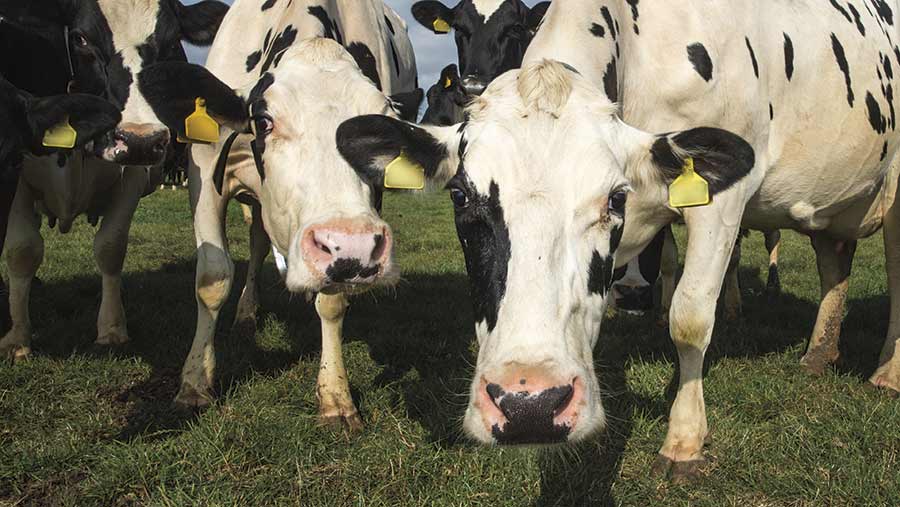 Farmers are being urged to vaccinate cattle against lungworm ahead of spring turnout to prevent clinical disease this autumn.

He explains: “Two of the largest pharmaceutical wholesalers in the UK saw a 4.2% drop in lungworm vaccine sales for the January to July period between 2015 and 2016.

“At the same time, when speaking to vets across the country, they reported an anecdotal 0.8 to 3% increase in lungworm cases, particularly in youngstock and first lactation heifers. You can’t ignore the two facts.”

Although the increase may be small, Mr Karvountzis describes it as “significant”.

The fact lungworm can cost about £150 a case due to respiratory problems, loss of yield, reduced fertility, higher treatment costs and culling also makes vaccination, at about £9 a cow, highly attractive, he says. The argument is stronger when considering the risk of lungworm infection.

Mr Karvountzis explains: “There are very few pastures in the UK that don’t have husk worm on them. I would urge all farmers to vaccinate their cattle.”

The risk is particularly great in the South West of England and south Wales where warm, moist conditions provide the ideal environment for husk to thrive, particularly in August to October, which is when clinical cases tend to be seen.

Farmers should assess risk on their farm and discuss appropriate vaccination strategies with their vet (see Lungworm vaccination considerations).

Depending on farm history, this will usually involve vaccinating youngstock prior to their first grazing. No booster will be required after this.

Mr Karvountzis emphasises the importance of adhering to vaccination protocols. This means giving two doses of the vaccine, four weeks apart and completing the course two weeks prior to turnout. Designing a complementary gut worming strategy is also crucial.

“It was in unvaccinated animals – and especially those treated with long-acting, residual wormers – that we tended to see cases of husk,” Mr Karvountzis comments.

This is because long-acting wormers kill off all of the worms so the animal is not able to develop its own immunity. As a result, when they are exposed to lungworm, they become infected.

Instead, Mr Karvountzis suggests vaccinating first grazers of over eight weeks of age, prior to turnout and using a pulse release wormer so animals are able to develop their own immunity.

After witnessing possible clinical signs of lungworm about 15 years ago, the Langley family chose to adopt a “belt and braces” approach to the disease and vaccinate all cattle at first turnout.

The Langleys milk 200, 9,800-litre Holsteins at Barrow Vale Farm, Farmborough, and rear all their own replacements.

Prior to vaccination, some first lactation heifers were showing signs of respiratory disease, despite being vaccinated for pneumonia.

Philip Langley says despite recovering from infection, the long-term effects were clear to see in terms of reduced yields and cow condition. Consequently he now vaccinates all animals prior to first turnout.

Mr Langley explains: “It’s the future of the animal and the production of the animal we’re interested in and if they get a problem with lungworm it affects them for life. It’s a type of insurance policy. We don’t know we have a (lungworm) problem, but we have had in the past and we don’t want it again.”

The lungworm vaccination course is completed two weeks prior to turnout to ensure optimum protection. Replacements also receive a pulse release worming bolus on the day of turnout.