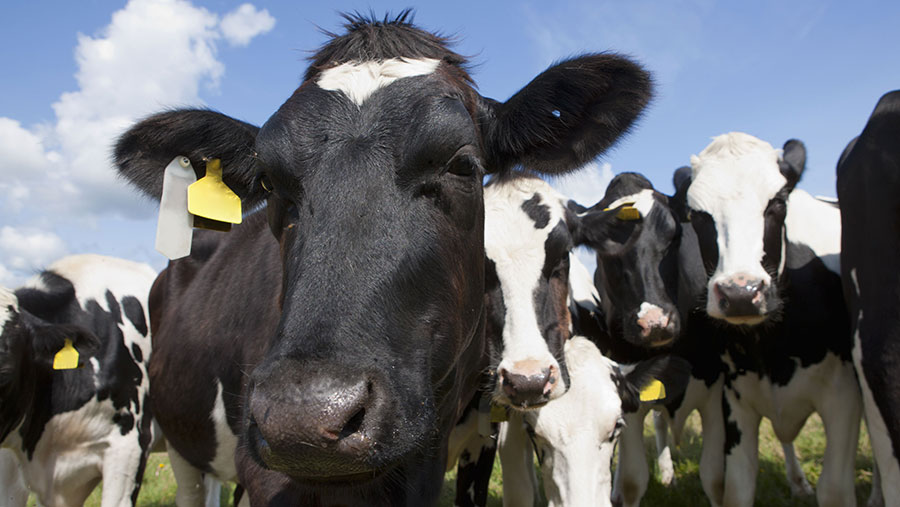 A teenager has been diagnosed with the 18th century disease, cowpox after feeding cattle on a farm on the Wrexham-Cheshire border.

The unnamed 15-year old contracted the believed-to-be extinct disease when he was bitten by a calf he had been feeding, grazing his skin.

He developed pus-filled lesions on his hands, arms and feet before receiving treatment at the Countess of Chester Hospital where he was diagnosed with the rare disease.

This is a very rare occurrence according to the Endell Vet Group’s Keith Cutler, who says he hasn’t seen a case of cowpox in almost a quarter of a century.

Tips on how to handle a cowpox

The risk of getting cowpox remains very low, however, as a precaution it is best to:

“It’s strange to hear about cowpox at all, let alone in a calf,” says Mr Cutler.

“The disease used to be occasionally seen in dairy cows where roughly circular scabby lesions would appear on teats which would become reddened and inflamed before scabbing over and becoming brown and crusty.”

However, Mr Cutler says improved parlour hygiene and udder cleanliness had all but eradicated the pox virus decades ago.

“There’s no need to be overdramatic about this but now is a useful time to remind dairy farmers about the importance of maintaining high parlour hygiene standards.

“Farmers should always wear the right personal protective equipment such as waterproof trousers and always wash hands before eating or touching your mouth,” he adds.

The incident, which the boy fully recovered from after six weeks, occurred three months ago, but only recently came to light after the boy’s doctor alerted colleagues at a recent medical convention.

What happened to cowpox?

Cowpox was prevalent in milkmaids in the 18th century, who would catch the disease from the infected teats of dairy cows.

The introduction of industrialised farming methods saw an end to hand milking, effectively eradicating the cowpox in Europe.

However, the disease does have a presence in the UK, carried by rodents and stray cats and is most prevalent at the end of the summer and early autumn.

In 1796, English doctor Edward Jenner recognised dairy farmers and milkmaids had developed an immunity to the much deadlier smallpox virus, which killed one in five carriers.

Dr Jenner developed a smallpox vaccine from the fluid of a milkmaid’s infected cowpox lesion, in the process creating modern-day vaccinations.