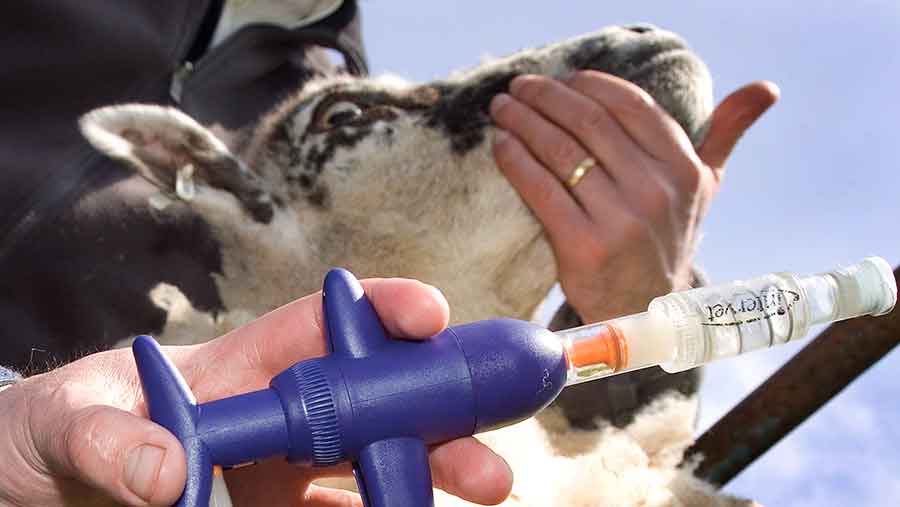 Livestock farmers are being urged to recognise the risk of bluetongue spreading to the UK – and consider whether vaccines for cattle and sheep are necessary.

Although bluetongue has not been seen since 2008 in the UK, the number of cases have continued to increase in France, and move northwards, with trade restrictions now in place in Calais and Brittany.

According to Defra, the risk of bluetongue infection in herds remains “low”, which reflects the cold weather, wind direction and low likelihood of virus circulation in local midge populations in the UK.

However, this may change as temperatures rise and the chances of infected midges being blown across the Channel increases later in the year.

Defra said it would continue to monitor the situation in France and report any further updates from the French authorities.

Carolyn Hogan, national vet manager at Zoetis, a company that produces the BTV-8 bluetongue vaccine, said it was “vital” farmers talked to their vets about whether vaccination was necessary ahead of the possibility of the disease entering the UK.

If bluetongue arrives back in the UK, restriction zones of 150km would be imposed around infected premises.

“Livestock famers need to ask themselves whether they can afford not to move stock for six weeks,” said Ms Hogan. “This would have a significant impact on farmer’s ability to trade freely.”

Last September, Defra’s Animal and Plant Health Agency (APHA) predicted an 80% risk of disease entering the UK from France. But the disease did not appear.

Pre-emptive vaccination offers the most effective strategy to ensure animals are fully vaccinated in the event of an outbreak.

The bluetongue virus currently circulating in France is of the same serotype as that which was detected in the UK in 2007-08.

Bluetongue is transmitted via midges, and disease is spread when infected midges bite an uninfected animal.