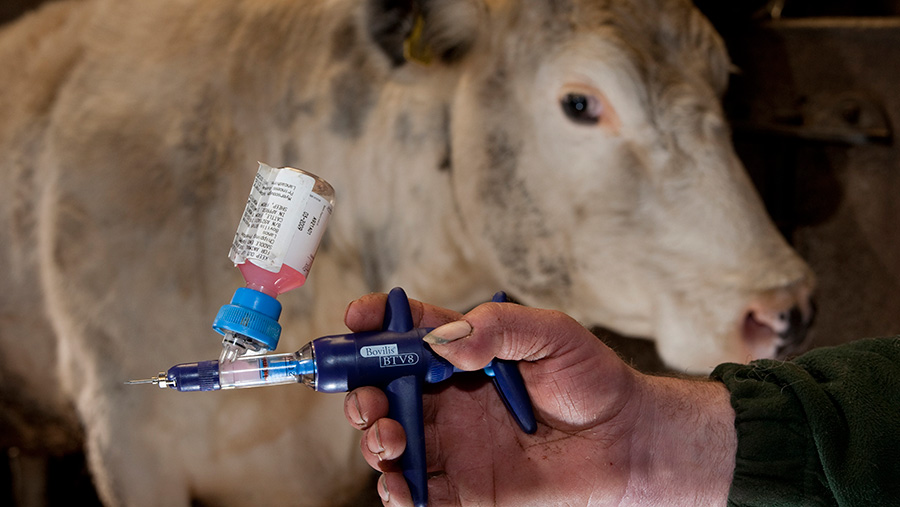 Animal health companies MSD and Zoetis have announced they will be making a bluetongue vaccine available to cattle and sheep farmers by July.

The announcements follow intense pressure for the production of a vaccine from both the National Sheep Association (NSA) and NFU, after an Animal & Plant Health Agency report released in March confirmed there was an 80% chance the disease would hit UK shores this summer.

Bluevac BTV8 is an established vaccine that has been used in Europe for a number of years and MSD says it will be available by mid-July.

MSD says the agreement has enabled them to fast track the supply of the vaccine to UK farmers, as it would have taken them longer to bring the vaccine to market if they had to manufacture and supply their own.

Meanwhile Zoetis said a batch of bluetongue vaccines, including Zulvac 8 Bovis and Zulvac 8 Ovis, will also be available to veterinary practices in mid-July.

“NSA very warmly welcomes the announcements from MSD Animal Health and Zoetis, and congratulates them on moving so quickly.

“Two jabs per animal is not ideal for sheep but is certainly far preferable to the situation earlier in the year when it looked like we wouldn’t have any vaccine available to us.

“I urge all sheep producers to assess the risk on their farm and seriously consider vaccination.”

All farmers are being urged to speak with their vets if they are considering vaccinating stock.