Inventive farmers are mitigating the risk of bovine TB spreading from badgers to their dairy and beef cattle by devising their own obstacles to wildlife incursions.

Some of the winners in the 2021 inaugural TB Advisory Service Awards told Farmers Weekly about their inventions.

This height-adjustable creep feeder was designed to prevent badgers from accessing feed.

Mr Hughes, of Newton Farm, Leintwardine, Shropshire, designed the feeder after a TB breakdown in his father’s 40-cow suckler herd. 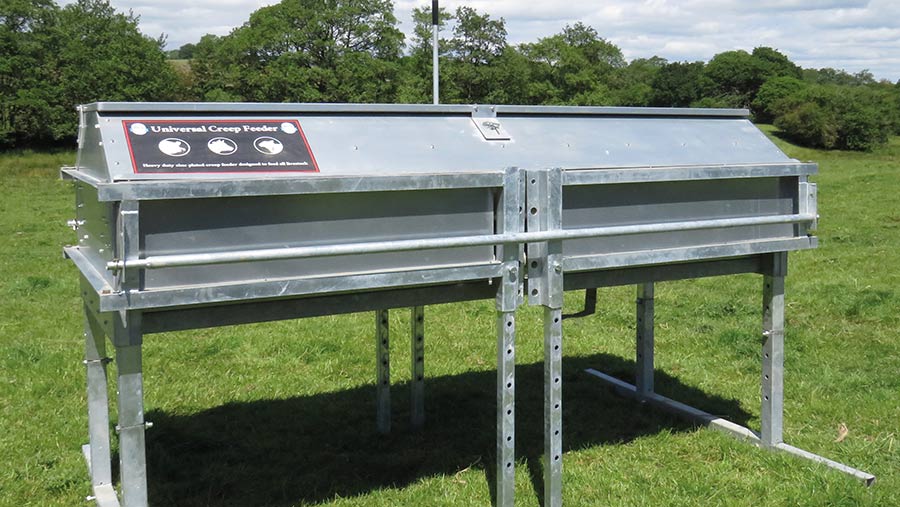 “I did a lot of research and there was a lot of evidence that one of the biggest causes of TB transmission between badgers and cattle was through the feed,’’ he says.

How it was made

The unique feature of the design is the telescopic legs which can be set from 60cm, the minimum required for it to be badger-proof, up to 120cm.

A simple roller on the front edge of the feeding slots prevents badgers from reaching into the trough.

The hopper holds 500-700kg of feed and is portable thanks to pallet tine slots underneath.

Mr Hughes saw an opportunity to widen the use of his creep feeder, so he set up production and from late July will be able to supply them to other farmers through his business, Farming Solutions, at £1,950 ex VAT for a standard double-sided model.

After the 2010 breakdown, the herd went clear at the next test and, apart from one further breakdown linked to a bought-in calf, has since remained clear.

Simple, low-tech strategies for keeping badgers away from cattle and feed, including fencing and bespoke feed troughs, are reducing the risk of disease transmission in Mr Brereton’s beef suckler herd.

They established the herd in 2010, sourcing cattle from closed herds with no history of TB.

A reactor was detected during their third annual TB test in 2012.

The farm sits next to a disused railway line and shrubland where there is a large population of badgers.

A two-metre-high fence made up of two layers of high-tensile wire and creosote-treated poles has been erected around the entire farm boundary. A single strand of wire is buried beneath the fence and a hedge has been planted on one side.

A can-stacking method is used for storing bales of haylage to prevent badgers from passing through gaps.

Mr Brereton commissioned some bespoke feed troughs, which are angled backwards at 55deg to prevent badgers from climbing in. They are also wider than standard troughs so that feed is less likely to spill onto the floor. 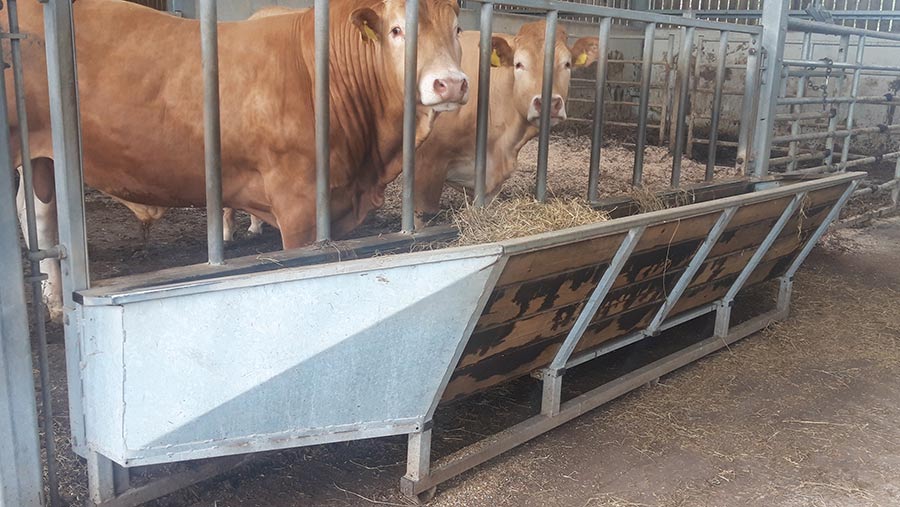 Feed is stored in a skip covered with rubber sheeting and with slippery, galvanised sides.

Galvanised steel doors on the cattle sheds are kept shut and there are no gaps at the bottom and sides.

Mr Brereton reasons that money is better spent on preventative measures than dealing with breakdowns.

“I’ve worked out that testing costs us roughly £40 an hour in time and labour, so if we have a breakdown and need to test every 60 days, we could quickly be £2,000 out of pocket,” he says.

“I’d rather spend that money on preventing TB getting onto the farm.’’

A mesh panel that sits across the top of the feed trough, preventing badgers from accessing feed, was among a raft of badger-proofing measures the Cooks put in place after a TB breakdown in their closed organic herd in December 2017.

They farm on a National Trust holding on the edge of Exmoor and, as such, were unable to participate in a badger cull sanctioned in that region.

Following discussions with the National Trust facilitated by the Tenant Farmers’ Association, the Cooks are now taking part in a badger vaccination trial. 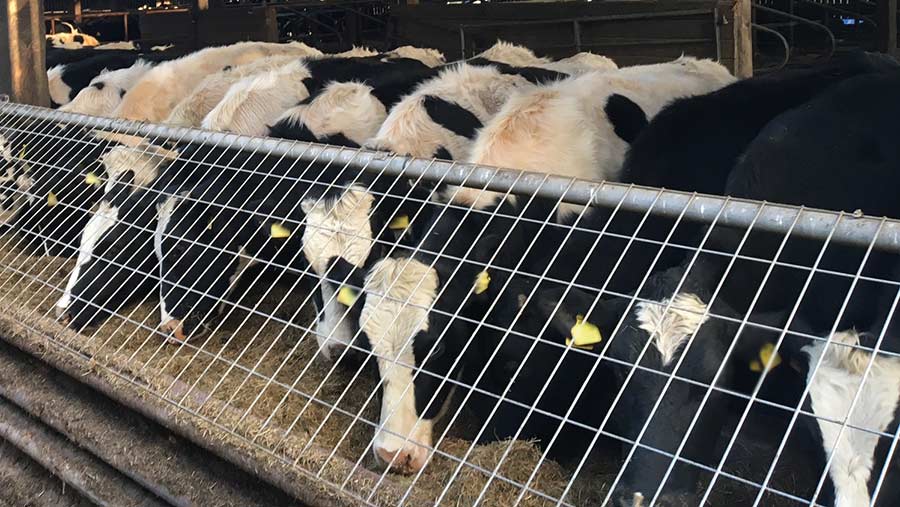 Other badger-proofing measures have included replacing all water troughs with 90cm-high ones, which are raised with wooden blocks to a height of 110cm. They have also installed solid gates around the feed store.

How the trough cover was made

“We saw an advert for something similar and based it on that design,’’ says Mr Cook.

The cover hooks over the feeder and is hinged so it can be lifted easily when the trough needs topping up.

A simple, easy-to-move trough that can’t be accessed by badgers has been designed by David Helliar, who farms in Warminster, Wiltshire, with his wife, Alice.

For 13 years, the Helliars were in a cycle of TB breakdowns on their dairy farm, losing an average of 10 animals a year.

In 2018 they had to cull 35 six-month-old dairy replacement heifers.

Some of the paddocks used by these calves were surrounded by woodland with a high population of badgers. 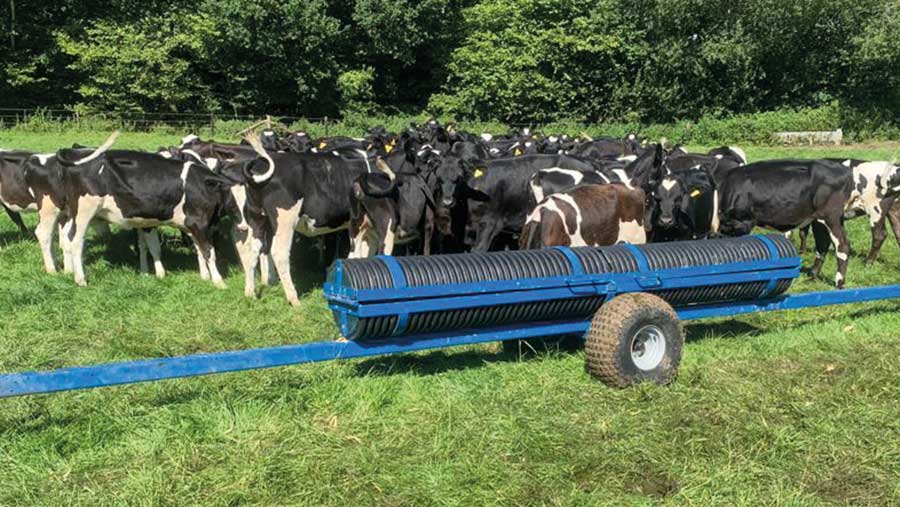 “We experienced a very dry summer and were short of grass, so we upped the cake and this meant the calves weren’t clearing it all by nightfall,” Mr Helliar says.

“We think badgers infected with TB were coming in during the night and finishing it off.’’

How the troughs were made

Mr Helliar came up with his own design, which is 6m long, 300mm wide and has the top raised from the floor by 500mm.
He employed John Shepherd Feeders, from Shepton Mallett, to fabricate three troughs.

After 13 years of on-off TB breakdowns, the herd is now clear.