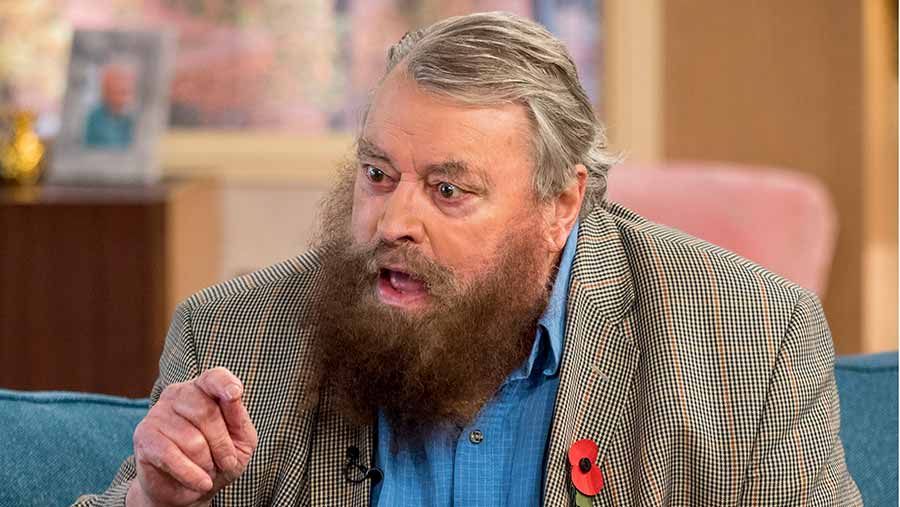 The expletive-loaded outburst happened after he was booed by guests at a 200-strong dinner held to coincide with last week’s Pig and Poultry event.

The actor had been booked by farm business ABN to host the dinner, held at the Coombe Abbey hotel on the outskirts of Coventry.

Dressed as a Tudor king, he was asked what laws he would bring in if he were monarch.

Mr Blessed said he would ban badger culling to combat bovine TB in cattle – prompting boos from farmers at the dinner, according the Sun.

He replied: “You’re all c***s, I hope you all die of TB,” before storming out, yelling it had been a “s*** idea” for him to host the pig and poultry farmers’ dinner, it reported.

One guest, who asked not to be named, told the paper: “It was after dinner and the booze had been flowing.

“Brian used the C-word before flouncing out. His views on animal welfare are well known and he wasn’t going to back down, even in a room full of farmers.”

“But a few there have said it was worth the price of the ticket just to see Brian go off on one.”

Mr Blessed’s agent Stephen Gittins told the Sun it was well known he was a “protector of badgers”.

“Brian and the likes of Brian May are very supportive of ending the culls. If someone was to ask him his position on badger culling, I’m not surprised he said he was against it.”