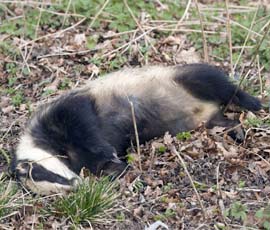 “We did it!” is the cry of a new generation of campaigners claiming credit for, among other things, stopping ‘mega-dairies’ and Caroline Spelman’s forestry sell-off U-turn.

Forget chaining yourself to the fence at Greenham Common, this is activism 21st century style. Websites or petitions aiming to harness the views of thousands to change the future are appealing to those looking for a mission, but short on time. They bundle up their cause with a potted rationale, so all you do is hit the ‘Vote’ button from the comfort of your chair, no further commitment necessary.

The latest such campaign has been brought by 38 Degrees, a “community of UK citizens who act together to create an avalanche for change”. Apparently, the group stopped the mega-dairy and now wants to stop the badger cull – when it has time between saving the NHS and getting George Osborne to pay his taxes, that is.

More groups have claimed victory for shooting down Nocton than I’ve had hot dinners. Nocton was withdrawn on technicalities and so it was never tested by ‘people power’, but irrespective of your views on large-scale farming, we should all start being wary about where this is heading. Collective action can be a good thing, but people don’t have time these days to distinguish between fact and fallacy. US group Care2 gathered 15,000 signatures against Nocton on the basis the cows would be pumped full of growth hormones and have their tails cut off, before withdrawing after being informed they’d got a few facts wrong.

This is why it was refreshing to see the NFU grind into action last week to challenge the inaccuracies in 38 Degrees’ anti-cull case and mobilise farmers to deliver co-ordinated messages about the cull. This, at last, is collective action – farming style.

Farming is complex and scientific. It might be impossible to summarise agricultural issues in snappy soundbites or one-liners, but what farmers can do is communicate authentically and knowledgeably. So how about this – next time you see something incorrect, why not challenge the originators to do more research, to consult other websites, to visit local farms. Even letters, tweets or conversations saying “it’s not that simple” would be a start.

The industry might disagree on some big issues, but we can probably concur that the topics in question deserve more thought than the click of a mouse allows.

What do you think about the proposals for a badger cull in England? Let us know on our forums.
See more
Share this
Advertisements