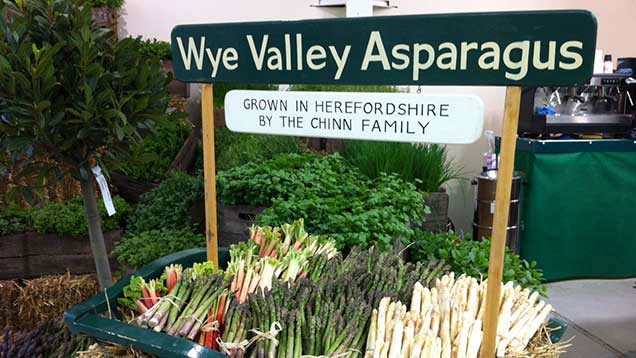 Badger cull activists have singled out Britain’s biggest asparagus farmer in a letter-writing campaign as part of their bid to end culling.

Cobrey Farms, run by the Chinn family, is the sole supplier of asparagus to Marks & Spencer.

On its website under the headline “M&S asparagus covered in blood”, the group urges its supporters to contact M&S and ask the retailer to stop buying asparagus from the farm.

“With the Gloucestershire cull zone only needing one small farmer to pull out to make the licence invalid, we think that it is very important that as many people as possible contact the CEO of Marks & Spencer and politely ask that they stop purchasing produce from Cobrey,” says the post.

An email and postal address of M&S chief executive Marc Bolland, who is also pictured in the article, is published alongside the request.

The Stop the Cull group adds a link to the M&S Facebook site, urging its supporters to post comments.

In a statement, M&S dismissed the Stop the Cull campaign and said it had no plans to review its asparagus contract with Cobrey Farms.

A spokesman said: “Cobrey Farms is a fruit and vegetable supplier, it is not connected to the livestock industry.”

Cobrey Farms has not commented on the campaign. But the NFU has condemned the actions of the Stop the Cull group, accusing them of trying to disrupt a “legal and lawful” activity.

A union spokesman said: “Whether you agree with the badger cull or not, it is part of the government’s 25-year strategy to eliminate bovine TB in this country.

“We need the strategy to be implemented in full, including culling. Disrupting people’s businesses in whatever way that is, whether it’s farms or M&S suppliers, is totally unacceptable.

“If [activists] have to bring asparagus into the equation, it shows the paucity of their arguments.”

Last year, farm leaders and MPs blasted Caffe Nero after it stopped buying milk from farmers in cull zones following a campaign by activists from Stop the Cull.