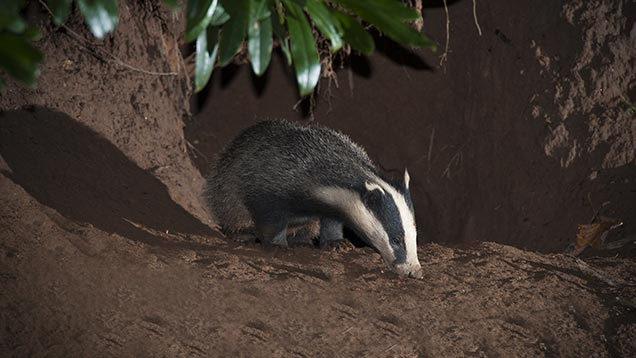 Badger culling can deliver the level of effectiveness required to be confident of reducing TB in wildlife and cattle, according to Defra.

Nigel Gibbens, chief veterinary officer, made this assertion in an advice piece on the outcome of year two of the pilot culls in Somerset and Gloucestershire.

Independently audited results of the culls showed 341 badgers were removed this year in Somerset, which had a target of killing a minimum of 316 badgers.

However, only 274 badgers – 45% of the minimum target of 615 badgers – were killed in Gloucestershire.

Defra said the results for Gloucestershire reflected the “challenges of extensive unlawful protest and intimidation” in the county.

See also: Bovine TB – How Ireland compares to the UK

In Somerset, marksmen culled 147 badgers by controlled shooting and 194 by cage trapping and shooting. In Gloucestershire, 166 were shot and 108 trapped.

But Mr Gibbens said this year’s cull in Somerset had shown industry-led culling could, in the right circumstances, achieve disease control benefits.

This year, none of the shot badgers, observed by Natural England, took longer than five minutes to die.

“Following the chief veterinary officer’s advice that badger culling can work, we need the policy to be implemented in others areas next year.”
Meurig Raymond, NFU president

Mr Gibbens said humaneness was “subjective” and therefore there was “room for disagreement” over whether the method of culling – controlled shooting and trapping and shooting of badgers – had been shown to be humane.

However, based on the evidence of the two annual culls, Mr Gibbens said the likelihood of suffering in badgers culled by controlled shooting was comparable to other culling activities, such as deer shooting.

He added: “Given the level of badger population reduction estimated in the Somerset cull area in 2014, the benefits of reducing the disease in cattle over the planned four-year cull can be expected to be realised there.”

However, the chief vet cast doubt over whether the culling operation in Gloucestershire, which was severely disrupted by the activities of protesters, could help bring about a reduction of bovine TB in the area.

Mr Gibbens said: “Given the lower level of badger population reduction in the Gloucestershire cull area over the past two years, the benefits of reducing the disease in cattle may not be realised there.”

He added that culling should continue in Gloucestershire in 2015 provided there are “reasonable grounds for confidence that it can be carried out more effectively”.

Mr Gibbens said: “As there has been a slow start, we should consider whether culling should be repeated in future years beyond 2017 in order to increase the likelihood of reduced disease in cattle.”

Defra secretary Liz Truss said: “The chief vet’s advice is that the results of this year’s cull in Somerset show they can be effective.

“That is why I am determined to continue with a comprehensive strategy that includes culling.”

The NFU said culling had been shown to work in Somerset and it called for further rollout of culls to areas where bovine TB is rife “as soon as possible”.

NFU president Meurig Raymond said: “There are many other areas where bovine TB is rife and is having a massive effect on farming family businesses which would benefit from the rollout of culling badgers.

“Following the chief veterinary officer’s advice that badger culling can work, we need the policy to be implemented in others areas next year.”

The four-year culls are testing whether the method of controlled shooting and cage trapping and shooting of badgers can be shown to be safe, humane and effective.

They are part of Defra’s 25-year strategy to eradicate bovine TB in this country.