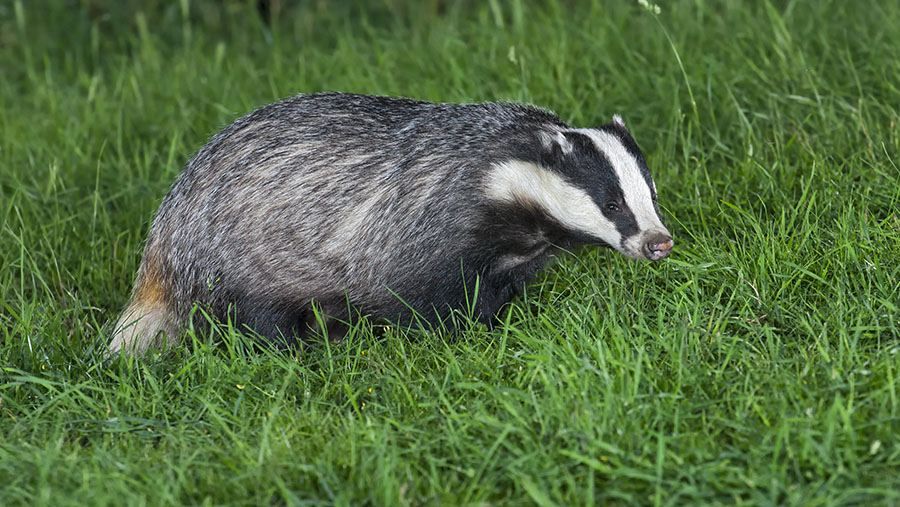 The badger cull could be extended to 10 new areas this autumn, including Derbyshire, as part of government efforts to tackle bovine TB.

Farmers Weekly understands that the government can approve 10 of these areas, which would increase the number of cull zones stretching from Cornwall to Cumbria to over 40.

But any decision is unlikely to be announced until early September.

Ministers are considering whether to extend badger culling to Derbyshire, which has polarised opinions in the county.

The NFU says the reservoir of disease in wildlife is “endemic” in parts of the East Midlands county.

NFU county advisor Andrew Critchlow told Farmers Weekly: “We have been working with Derbyshire Wildlife Trust on badger vaccination in the original edge area. But culling is a tool in the box.

“One would think that there is a need for it [culling]. It has been endemic in wildlife for a long time on the western side of Derbyshire.”

Derbyshire Wildlife Trust began vaccinating badgers on its nature reserves as an alternative culling in 2014. It has launched a petition to urge the government not to extend the cull to the county.

Dominic Dyer, chief executive of the Badger Trust, described the government’s decision over any culling extension to Derbyshire as “difficult, very sensitive”.

He said: “Derbyshire is a hot potato. It came up with Tony Juniper [head of Natural England] when we met him last week.

“We think the whole badger cull extension is a mess. If they go into Derbyshire, we think it’s completely insane.”

Defra and the NFU says there is “anecdotal evidence” from farmers that badger culling is helping to reduce cattle TB herd breakdowns.

But Mr Dyer insisted that there was “little evidence of a significant reduction in TB outbreaks on farms”.

The report said that scientific evidence suggests badgers transmit bovine TB to cattle and contribute to the persistence of the disease.

But the report concluded that it was a “judgement call” for ministers to decide whether the benefits of culling to the farming industry outweigh the animal welfare and environmental concerns of other stakeholders.

Mr Dyer said he was disgusted that Defra still had not officially responded to the findings of the report, almost 10 months after it was published.

A Defra spokesperson said a government response to the Godfray report would be published later this year.

“Bovine TB remains one of the greatest animal health threats to the UK, causing devastation for hard-working farmers and rural communities,” added the spokesperson.

“There is no single measure that will provide an easy answer to beating the disease. That is why we are pursuing a range of interventions to eradicate the disease by 2038, including tighter cattle movement controls, regular testing and vaccinations.”

In 2018, more than 32,000 cattle were slaughtered in England to control the disease – causing devastation and distress for farmers and rural communities.