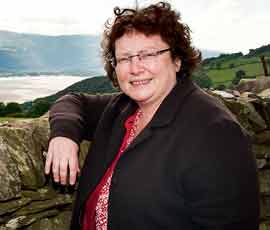 Wales’ rural affairs minister Elin Jones has announced the steps the Welsh Assembly will take in tackling bovine TB – including a government-led cull of badgers.

Read the statement Mrs Jones has issued in full:

“Since becoming minister for rural affairs in 2007 I have committed to pursue the eradication of bovine TB from Wales.

Over the past three years the management of bovine TB in Wales has been transformed and I would like to thank everyone especially, cattle farmers, vets, valuers and Animal Health in Wales who have worked with us over this period.

Our approach is comprehensive and includes.

The majority of measures implemented so far have been designed to reduce the risk of transmission of bovine TB between cattle.  They are designed to have an effect, but it is too early to say that these measures are the cause of the recent improvements in TB figures. I am also cautious as the incidence of bovine TB has changed on a cyclical pattern in the past.

Current policies alone are not expected to produce a sustained reduction that would ultimately lead to the eradication of bovine TB in areas of Wales endemic with bovine TB, whilst other main sources of infection remain unchecked. I have always maintained the need for a comprehensive approach to the eradication of bovine TB. Today’s announcement on the introduction of the Badger (Control Area) (Wales) Order 2011 and the Tuberculosis (Wales) Order 2011 are important elements of that approach.

After full consideration of the evidence presented to me, including consideration of the responses to the Consultation on Badger Control in the Intensive Action Area (IAA), I have reached the decision to make the Badger (Control Area) (Wales) Order 2011 under section 21 of the Animal Health Act 1981, authorising the destruction of badgers within the IAA (an area of Wales where bovine TB is endemic which includes parts of Pembrokeshire, Carmarthenshire and Ceredigion).

The Order will be laid before the National Assembly today with the intention of it coming into force on the 31 March 2010.

This Order will enable a government managed cull of badgers specifically in the Intensive Action Area. This will not be carried out in isolation but alongside the continued additional cattle controls and improved biosecurity measures that have been in place since May 2011.

I would emphasise that the badger remains a protected species in Wales and the prohibitions in the Protection of Badgers Act 1992 remain much in place.  Any potentially illegal action will be reported to the relevant authority.

Another component of the comprehensive approach is dealing effectively with the risks associated with bovine TB in non-bovines. The Tuberculosis (Wales) Order 2011 puts the prevention and management of incidents of bovine TB in camelids, goats and deer on a similar footing to the arrangements already in place for cattle. It will introduce controls to help prevent the spread of disease and will provide for compensation when these animals are slaughtered due to bovine TB.

Key features include:
* statutory compensation for animals removed as TB reactors;
* a link between the responsibilities of animal keepers and compensation in order to encourage positive action by keepers to protect their animals from bovine TB;
* a requirement that keepers keep a record of the movement of their animals and produce that record if required.

The need to deal with all main sources of infection is set out in the UK TB Eradication Plan.  I am please to see that this approach and specifically the Welsh element of this plan has received the endorsement of the European Commission, with the approval of the 2011 Bovine Tuberculosis (TB) Eradication in December 2010. Importantly this brings with it a financial contribution of 23 million Euros between Wales, England and Northern Ireland.

We must continue to pursue a comprehensive approach towards the eradication of bovine TB from Wales. I believe that today’s announcement on the IAA and management of TB in non-bovines together with the progress made over the last 3 years provides a solid foundation to achieve the long term goal of Wales being free of bovine TB. “