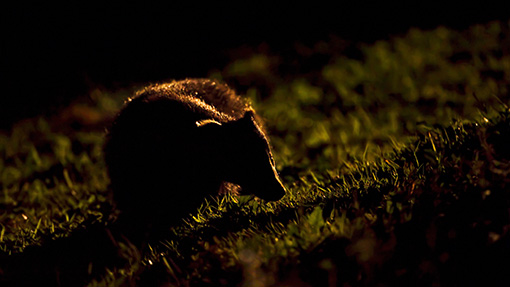 The pilot badger cull in Gloucestershire is going “according to plan”, says the company managing the culling operation.

The second year of badger culling as part of the government’s bid to tackle bovine TB, began in west Gloucestershire three weeks ago.

Halfway through the six-week pilot, Gloscon, the company behind the culling, said it was pleased with progress so far.

“We have had problems and there have been saboteurs. But the operation is coming on quite nicely,” one Gloscon director told Farmers Weekly.

“Last year, we didn’t know what we’d be up against. But it has been a lot more structured.”

This year, marksmen have been better trained, better equipped and better prepared to deal with protesters, he added.

The recent benign weather has helped marksmen, who have been equipped with infrared lights on their guns, to visualise targets.

However, fewer badgers appeared to be leaving their setts at night in search of slugs, which were “six inches down”.

The pilot will end in late October and Gloscon said this year there would be no need to extend it beyond six weeks.

Marksmen must reduce the estimated badger population in the Gloucestershire cull zone by 70% to meet government targets.

This means they will have to remove at least 615 badgers from the pilot zone, with a maximum of 785.

This year, marksmen have been focusing on meeting the effectiveness criteria after an independent panel of experts concluded that last year’s culls were ineffective.

Although the panel has been scrapped, Defra humaneness monitors have been accompanying marksmen on culling operations.

“There is more emphasis on the effectiveness than achieving the numbers,” said the director.

Defra is still carrying out detailed post-mortem examinations of badger carcasses to determine if they have been shot correctly.

But badgers are not being tested for TB, because the pilot has been designed to test the “safety, effectiveness and humaneness” of controlled shooting of free-roaming badgers.

Andrew Guest, NFU county chairman for Gloucestershire, said: “At the beginning there were a lot of badgers being seen and not shot.

“But as we have moved along, we have been shooting a greater proportion of the ones we see. The numbers are going very well.

“Saboteurs are causing issues in certain areas, but we are taking badgers every night.

“There is less evidence of badgers in the maize fields. We also think that we did a lot better last year than the numbers suggested.”

Defra said it would not provide a running commentary on the progress of culls for “operational reasons”.