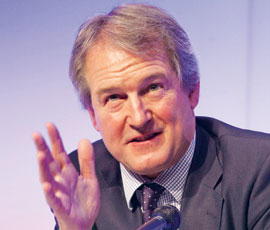 The badger cull pilots are “proceeding to plan” and organisers are pleased with progress, according to DEFRA secretary Owen Paterson.

The pilots, which will see about 5,000 badgers culled in west Somerset and west Gloucestershire within the next six weeks, got under way last week.

In a written statement to the House of Commons on Monday (2 September), Mr Paterson said: “I understand the pilot cull is proceeding to plan and those involved are pleased with progress to date.”

The minister said the pilots aim to “test how an industry-led badger control programme can be delivered effectively, humanely and safely”.

He added: “Monitoring will be carried out to test that controlled shooting meets these assumptions. The outcome of the pilot cull and an analysis of the monitoring will be published. “The evidence will be considered by ministers in deciding whether or not the policy should be rolled out more widely.”

Mr Paterson acknowledged that the decision to pilot a badger cull was “not one that has been taken lightly, but it is based on the best available scientific evidence and the experience of other countries”.

He added: “No country has successfully dealt with TB without tackling the disease in both wildlife and cattle.

“It is vital that we learn from the experience of the Republic of Ireland, the United States, Australia and New Zealand.”

The badger culls are part of a broader, comprehensive TB eradication strategy for achieving TB-free status in England over the course of the next 25 years.

Other measures include disease surveillance, pre- and post-movement cattle testing, removal of cattle exposed to bovine TB and vaccination trials.

The strategy also focuses on the development of new techniques such as badger and cattle vaccines and new diagnostic tests that could one day offer new ways of tackling the disease.

Bovine TB is the most pressing animal health problem in the UK. The disease is getting worse and is spreading across the country.

In the past 10 years, bovine TB has cost the taxpayer £500m. It is estimated that this will rise to £1bn over the next decade if the disease is left unchecked.

Mr Paterson concluded: “This pilot cull is a necessary part of a wide range of actions that we need to take if we are to free the cattle industry from the burden of this devastating disease. We wish to see healthy cattle living alongside healthy wildlife.”