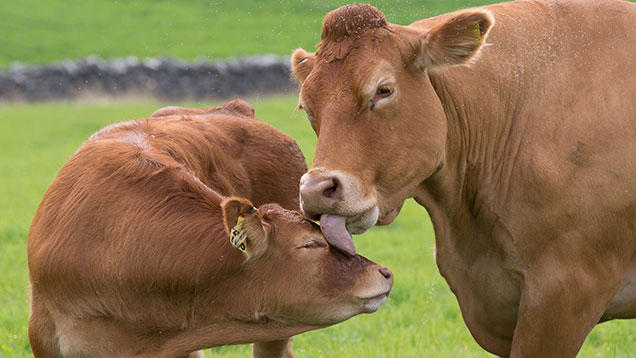 The NFU has hit back at claims it “misled the public” after its president suggested culling badgers was helping to lower bovine TB rates in Somerset and Gloucestershire.

NFU president Meurig Raymond told NFU conference last week that TB infection rates had fallen from 34% to 11% in Somerset in the two years since the government’s pilot culls began in 2013.

In Gloucestershire, meanwhile, Mr Raymond highlighted the case of dairy farmer James Griffiths whose farm is now clear of TB for the first time in 11 years.

“The only thing that’s changed on his farm is that we are now doing something to control the disease in wildlife,” Mr Raymond told delegates.

Mr Raymond’s comments followed a study of veterinary practices by Gloucestershire vet Roger Blowey, which suggested a fivefold decrease in the number of TB reactors in the county’s cull zone since 2013.

The Badger Trust took issue with Mr Raymond’s comments. Its chief executive Dominic Dyer said they had “no scientific foundation” and were “not supported by government data from the pilot culls”.

Mr Dyer added: “When making these statements the NFU president at no point confirmed that it was far more likely these reductions in TB (which have also been seen outside of the cull zones) were due to tighter testing, movement and biosecurity controls forced on the UK farming sector by the European Commission in 2012.

“He also made no mention of the fact that Defra have not released any data on the pilot culls to support any claims about the impact of badger culling on TB rates in cattle.”

Farm minister George Eustice told NFU conference that the pilot culls in the cull zones appeared to be working. Therefore, he said the policy should be allowed to continue and be rolled out to other counties.

Defra secretary Liz Truss pledged to roll out badger culling to more areas if the Tories win the general election. But shadow farm minister Huw Irranca-Davies said Labour would abandon the culls if the party wins power in May.

Mr Dyer was due to meet Ms Truss on Tuesday (3 March) when he will try to persuade the minister to follow the Welsh government’s TB strategy.

This would require annual TB testing of all herds, tighter biosecurity and cattle control movements and badger vaccination across England – and no badger culling.

An NFU spokesman said: “People opposed to the badger culls have claimed that the pilot culls would spread TB further.

“The initial information we have highlighted from Somerset and Gloucestershire suggests that culling has not led to the increase in TB that it was claimed it would. In fact, the opposite appears to have happened.”
NFU spokesman

“The initial information we have highlighted from Somerset and Gloucestershire suggests that culling has not led to the increase in TB that it was claimed it would. In fact, the opposite appears to have happened.

“We look forward to the full scientific evidence from the pilot culls coming in future years and backing this up.”

“My data was never intended to be scientific. The big decrease in Gloucestershire may or may not be anything to do with the cull. But what it does show is that there is absolutely no evidence that ‘ineffective’ culling is making the TB situation worse.”