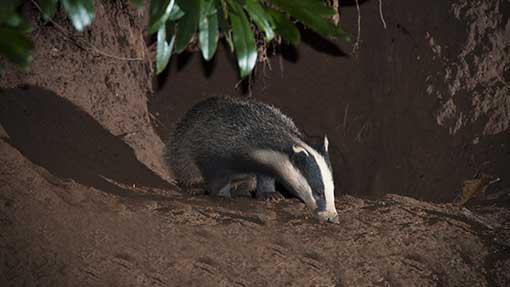 Dorset will be the next English county to pilot badger culling as part of government plans to eradicate bovine TB, according to reports.

DEFRA secretary Owen Paterson is set to defy criticism from wildlife campaigners and announce that culling will be extended to Dorset this summer.

Devon and Cornwall were two other counties considered for the first round of the cull extension.

However, the Food and Environment Research Agency (FERA) has already identified the culling zones for Dorset, which was earlier identified as a “reserve” pilot area.

According to a report by the BBC, the independent study is said to have concluded that the pilot’s were “ineffective and inhumane” .

Mr Paterson is due to explain his decision to extend the cull into a third county in a statement to parliament on Thursday (27 March), the Sunday Times reported.

It is understood the government will acknowledge that last year was only the first year of a four-year pilot and “lessons will be learned” so that marksmen can get closer to reaching targets.

Natural England, the government body which issues culling licences, has already issued four-year licences to Somerset and Gloucestershire. However, DEFRA will have to apply for an additional culling licence for Dorset.

If a culling organisation wants to proceed with culling in Dorset, preparations will be at an advanced stage.

In January, the county’s police and crime commissioner Martyn Underhill said a badger cull was “increasingly likely” in Dorset .

The news that DEFRA is planning to extend the cull to Dorset will be welcomed by the NFU, CLA, vets’ groups and most farmers.

In an exclusive interview with Farmers Weekly, NFU president Meurig Raymond said the Welsh government had “got it wrong” by refusing to cull badgers and opting instead for a badger vaccination policy to tackle bovine TB .

However, any decision to extend the cull will provoke fury among anti-cull campaigners and likely lead to a further legal challenge.

Dominic Dyer, chief executive of the Badger Trust and policy adviser for animal charity Care for the Wild, said on Twitter (@domDyer70): “To extend badger culls to Dorset in the face of scientific, political and public opposition is complete madness.”

A DEFRA spokesman said the government was considering the findings of the IEP report before making a decision to extend the cull.