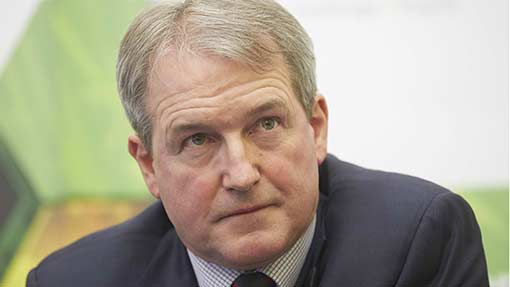 The rollout of the badger cull in England has been “delayed and not postponed”, according to DEFRA secretary Owen Paterson.

Speaking to his local newspaper, the Shropshire MP said he was “bitterly disappointed” that the culls would not be widened to more counties this year.

And Mr Paterson pledged to do everything he can to stop the spread of bovine TB after a second year of pilot culls ends in Somerset and Gloucestershire this year.

The minister has repeatedly made it clear that he is committed to widening the culls to other areas affected by TB as part of a 25-year government strategy to eradicate the disease.

“This is not a postponement, it is a delay,” Mr Paterson told the Shropshire Star. “I feel bitterly disappointed that we cannot go any faster with this. We are delaying so that we can learn from the lessons of the pilots and move forward.”

Read more on: the badger cull

He added: “I know the farmers in the TB-affected areas of Market Drayton and Ellesmere and all down the Shropshire Marches are upset the culls have been delayed and I understand this.

“The importance of the situation for our cattle farmers, their families and their communities cannot be overstated.

“Only if we use every tool at our disposal, including culling, will we begin to check the progress of this devastating disease. We want to see healthy cattle living alongside healthy badgers.”

His comments will be welcomed by farmers but will anger anti-cull campaigners who have accused Mr Paterson of ignoring the findings of an independent review into last year’s pilot culls, which found they were ineffective and inhumane.

But Mr Paterson said new cases of TB were doubling every nine years and more than 32,000 cows were slaughtered across Britain last year owing to the disease.

He also reiterated his view that culling badgers had contributed to a reduction in TB cases in Ireland.

Labour, which is opposed to culling badgers, said the independent report had “discredited” the cull.

Shadow DEFRA secretary Maria Eagle MP said: “An Independent Expert Panel concluded that the current pilot badger culls in Somerset and Gloucestershire were ineffective and inhumane yet David Cameron’s government is determined to waste more public money on them.

“Bovine TB is one of the most important issues facing farmers today. It is a scourge and a threat to their livelihoods but rather than work in a bi-partisan way and focus on a science-based solution to the problem the government is determined to press ahead with a failed strategy that has let farmers down.”