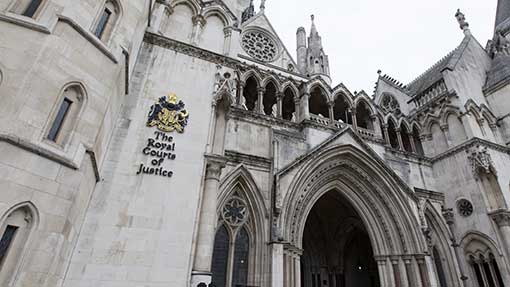 The Badger Trust has returned to the High Court once again to try to stop the pilot badger culls in England.

The charity made an application for a judicial review of the government’s policy at the High Court on Tuesday (20 May).

The claim challenges the legality of DEFRA secretary Owen Paterson’s decision on 3 April to continue the culling of badgers in Gloucestershire and Somerset.

The second year of the four-year pilot culls, as part of government plans to eradicate bovine TB in England, is due to start soon.

In the judicial review, the Badger Trust will argue that Mr Paterson unlawfully failed to put in place any independent expert panel for the planned culling of badgers in Gloucestershire and Somerset in 2014,

The panel would oversee the design of data collection and its analysis and interpretation to assess the safety, effectiveness and humaneness of the culling operation, the trust added.

Without this independent monitoring system in place, the Badger Trust submits that it is not lawful for DEFRA to go ahead with a further national roll out of the badger cull policy, following the completion of the planned culling operation in 2014.

Commenting on the legal challenge, Dominic Dyer chief executive of the Badger Trust and policy advisor at Care for the Wild, said: “The badger cull policy has been a complete and utter failure on scientific, economic and humaneness grounds.

“There is no justification for continuing with this failed policy which no longer has the confidence of the public, politicians and increasingly the veterinary and farming industry.

“Owen Paterson made a clear commitment to parliament and the wider public that an independent panel will oversee and evaluate the pilot culls and report back to the government prior to any decision being taken on the policy being rolled out more widely.

“It is not acceptable for the DEFRA secretary of state to now push aside the concerns of both the independent expert panel and the British Veterinary Association (BVA), by moving ahead with a further badger cull in Gloucestershire and Somerset this summer without any independent monitoring in place.”

Mr Dyer added that any decision to roll out the cull nationally without the view ofindependent monitoring safeguards, would be “illegal” and would lead to “huge public and political anger”.

He also called on the BVA and members of the 2013 pilot cull independent expert panel to support the Badger Trust’s legal challenge.

The Badger Trust has previously failed to overturn the policy at the High Court once before – and also on appeal in the same proceedings.

DEFRA said it could not comment on the Badger Trust’s application ahead of any possible court case.

But a spokesman said: “Bovine TB is a devastating disease for our cattle and dairy industries, which is why we are determined to do everything we can to combat it.

“Monitoring of the badger culls will continue this year to assess the impact of the changes we are making following the independent expert panel’s recommendations.”

Farmers and the government insist that culling badgers to tackle the reservoir of disease in wildlife is necessary to eradicate bovine TB in this country.

But animal rights groups, including the Badger Trust and the RSPCA, have called on the government to halt the culls and concentrate instead on a national badger and cattle vaccination programme and tougher biosecurity controls for farmers.