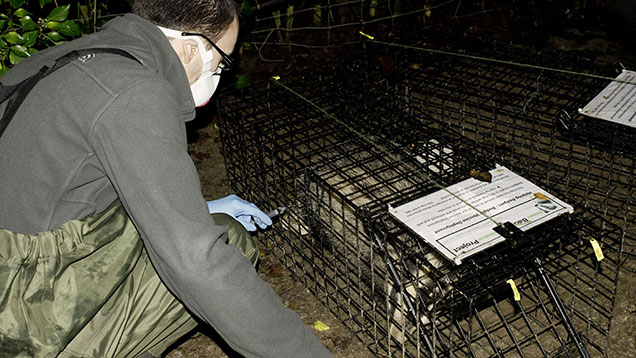 A badger vaccination policy alone may not be enough to cut rates of bovine TB in cattle, scientists have concluded.

Research at the Universities of Bristol and Cambridge showed that TB infection rates were made worse because the disease is passed between badger and cattle populations.

The scientists modelled the cycle of infection between cattle and badgers and predicted the impact of TB controls.

The result was that the researchers showed the most effective strategies were reducing badger-to-cattle and cattle-to-cattle transmission.

Bristol University lecturer and the study’s lead author Ellen Brooks-Pollock said: “Our findings show that in areas with badger infection, cattle-to-badger and badger-to-cattle transmission is critical to the whole system.

“You can’t just consider one species in isolation. Reducing badger-to-cattle transmission is likely to be more effective than reducing prevalence in badgers alone,” said Dr Brooks-Pollock.

“This may have particular implications for badger vaccination programmes, depending on local incidence of badger infection,” she added.

Cambridge professor James Wood added: “The dual host element of the disease has been ignored for far too long in the public debate about the disease.

“We hope that this paper provides a dynamic framework that can help take the debate and control of this disease to the next level.”