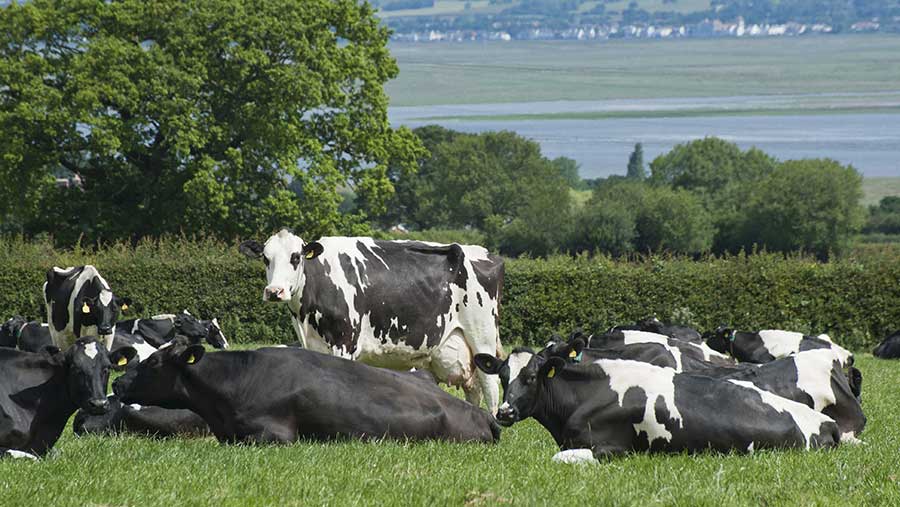 A region of Wales with historically low levels of bovine TB has recorded its highest number of herd breakdowns in 10 years.

But in the first quarter of 2020 there was an increase in incidence, prevalence and reactors, according to data published by the Welsh government on 7 July.

At 27 open incidents and 60 TB reactors, the numbers are very low compared with other Welsh regions – but the trend is a worrying one.

The north-west is the only region of Wales where cattle do not need a pre-movement test if they are moving from or within the area.

But herds which have recently had a TB breakdown or are subject to contiguous testing do need this test until they return to normal surveillance testing. Contiguous tests are undertaken in herds that are deemed at risk to adjacent infected herds.

Overall, Wales has seen a small fall in the number of cattle herds with bovine TB, according to the latest Welsh government statistics.

But, as with the Low TB Area, there is an upward trend in infection rates in north-east Wales.

A cluster of breakdowns near the English border is being cited as a reason for a spike in open incidents to 59.

Most TB breakdowns in Wales continue to be in the High TB areas in the east and west of the country.

In High TB West, there were 313 open incidents, down 35 on the previous period, but this region had by far the highest number of TB reactors, at 1,336.

Herd prevalence in this area has fallen in the past two quarters – there were 9.8 TB-restricted herds per 100 herds.

Another issue the statistics flag up is the number of recurring breakdowns. Of the herd breakdowns closed in Wales during the 2018 first quarter, 29% have since had a recurrence.