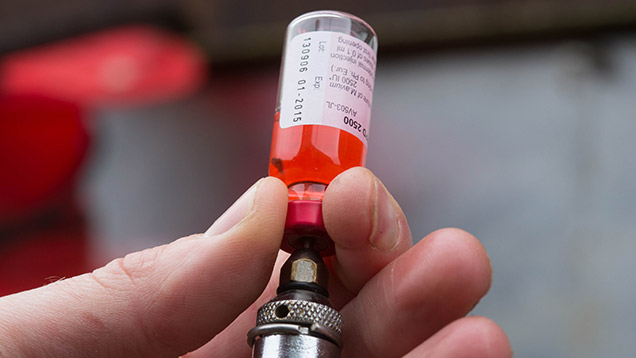 The latest statistics from Defra for January to August 2014 show the provisional incidence rate was 3.9% compared with 4.3% over the same period last year.

The number of cattle slaughtered as reactors or direct contacts from January to August was 21,354 – down slightly from 22,511 in the same period in 2013.

The figures show nearly 4,000 more tests were carried out on officially TB-free herds over this period – a total of 51,766 – than in the previous year.

This decline is unlikely to be due to the badger culls because the western region covers the whole of Cornwall, Devon, Dorset, Wiltshire, Avon, Somerset, Gloucestershire, Herefordshire and Worcestershire, the West Midlands and Isles of Scilly.

Most of the western region moved to annual and pre-movement testing in 2010-11, so one possible explanation for the drop in numbers is that increased testing and the removal of more infected animals has resulted in a reduction in the rate of onward transmission.

By contrast, the northern and eastern regions of England are showing increases in the number of cattle slaughtered over this same period of 14% and 10%, respectively.

Some counties in these regions were included as “edge areas” in 2013, so have latterly come under more rigorous annual and pre-movement testing.

Defra has cautioned against reading too much into the figures and warned that the country is still a long way away from winning the battle against bovine TB.

A spokesman said: “Care needs to be taken not to read too much into short-term figures, especially as this figure includes a number of unclassified incidents.

“As such, the incidence rates are subject to further revisions as more tests and their results for the period are added.”

In Wales, where all herds are tested annually, the latest bovine TB figures show new incidents fell by 18% in the 12-month period to May this year – the lowest recorded since 2008.

Scotland has a risk-based routine herd testing policy in place, which targets testing at higher-risk herds. About 35% of herds are considered low risk and are exempt from routine testing.