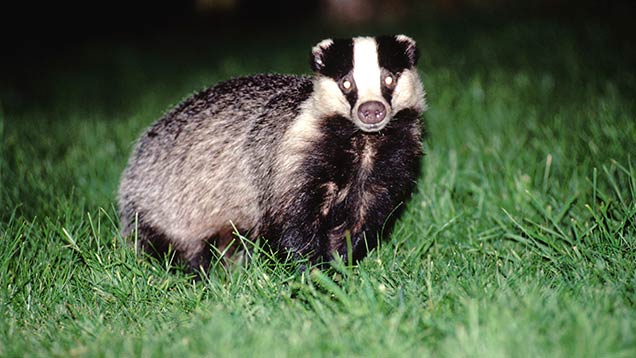 A vet group has raised concerns about a lack of independent analysis of the badger cull pilots in England.

The British Veterinary Association (BVA), which has previously given its formal backing to the pilot culls, warned the government its continued support for the policy could not be guaranteed without further independent analysis.

The BVA said it would support the government’s culls if the method of controlled shooting can be shown to be “humane and effective”.

However, leaked minutes from a recent meeting of the BVA’s ethics and welfare group showed support would not continue for the policy without proper independent analysis.

The government scrapped the independent expert panel (IEP), which had offered independent scientific oversight of the culls, after year one of the pilots last year.

“It is no secret that some of our members are frustrated by the lack of independent analysis this year and we are disappointed that it has not been put in place to give confidence to our members and the wider public.”
John Blackwell, BVA president

But minutes from the BVA meeting revealed concerns from its members that Defra had not supplied an update on whether the panel’s recommendations had been implemented.

BVA president John Blackwell said: “BVA supports the targeted and humane use of badger culling as part of a comprehensive package of measures to reduce, and ultimately eradicate, bovine TB.

“It is no secret that some of our members are frustrated by the lack of independent analysis this year and we are disappointed that it has not been put in place to give confidence to our members and the wider public.

“Our council decided to continue to support year two of the pilot culls, though we have always recognised that this was a fragile consensus.

“However, we have made it very clear to Defra that our ongoing support should not be taken for granted and that we will make our own assessment of the data when it is published.”

A Defra spokesman said: “We accepted all the recommendations of the Independent Expert Panel and made improvements to training and the best practice guidance for this year’s badger culls. The monitoring of the culls is being independently audited.”

He added: “England now has the highest incidence of TB in Europe, and over the past two decades, the number of cattle slaughtered has increased ten-fold.

“That is why we are pursuing a comprehensive strategy to deal with the disease, which includes cattle movement controls, vaccinating badgers in the edge area and culling badgers where TB is rife.

“This approach of tackling the problem in both cattle and wildlife has worked overseas in Australia, Ireland and New Zealand.”

The second year of the pilot culls in Somerset and Gloucestershire, which are part of long-term government plans to eradicate TB in this country, ended in October.

Marksmen were set a target of removing a minimum of 615 badgers in Gloucestershire and 316 in Somerset.

According to wildlife charity Care for the Wild, marksmen failed to reach their kill target in Gloucestershire, but just about reached their minimum target in Somerset.

However, the NFU said it believed the pilots had gone well compared with last year, when marksmen failed to achieve their target of removing 70% of the badger population.

Defra is still analysing the data from the second year of the pilot culls, which needs to be independently audited before it can be released.