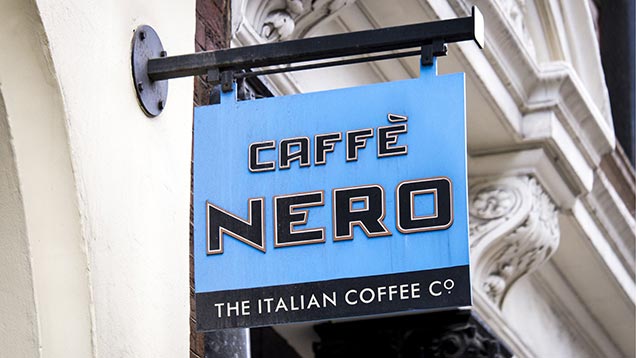 Farm leaders have condemned a decision by Caffè Nero to stop taking milk from suppliers in either of the two badger cull areas in Gloucestershire and Somerset.

The high street coffee giant took the decision after coming under pressure from activists, who printed leaflets urging consumers to boycott the company.

Writing on a Stop the Cull Facebook page they said: “Caffè Nero think it’s OK to buy milk tainted with badger blood, we don’t and intend to make sure the rest of the UK finds out about it.”

They also warned branches could be targeted during an anti-austerity march on 20 June.

In a statement released on Friday (29 May) the company, which has 540 outlets in the UK, said it had instructed its partners supplying stores in the UK to only use milk from farms outside of the cull zones.

“We appreciate this is an issue of concern for some members of the public.”

The NFU said it was “extremely disappointed” with the decision, given the cull was government policy – based on scientific evidence – that was aimed at controlling bovine TB.

NFU deputy president Minette Batters said: “The people who have made the threat of action against Caffè Nero are a small minority and it is extremely disappointing that the company appears to have bowed into pressure from those who think nothing of intimidation and threats of disruption to achieve their ends.

“It is especially saddening that this has come at a time when the dairy sector is facing price pressures; some farmers are being paid as little as 15p a litre for the milk they are producing.

“British farmers are producing milk to world-leading standards of production and welfare, which is why in every survey we do British people tell us how much they want to support British farmers, and buy British milk. We would urge all members of the supply chain to continue support for British dairy farmers.”

However, activists have now warned they will turn their attention to Sainsbury’s.

A message on the same Facebook page posted in the early hours of Sunday morning (31 May) said: “With Caffè Nero now refusing to sell milk from the badger cull, it’s time we went over to Sainsbury’s. We’ve also put up a map of some of the nearest Sainsbury’s stores to the meeting place for the austerity march on 20 June. EXPECT US.”

Another post urged followers to write on Sainsbury’s Facebook page or email the company’s chief executive Mike Coupe with the message: “Now the British Veterinary Association have spoken out against the free shooting of badgers, will you join Caffè Nero and stop sourcing milk from badger-killing farms?”

There is a separate message that talks about buying shares in the company so activists can go along to the annual AGM on 8 July.

Farmers Weekly has contacted Sainsbury’s for a response.