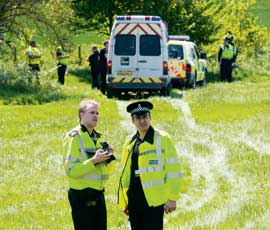 The law relating to trespass is straightforward but, it could be argued, not satisfactory in practice. It is an infringement of a landowner’s rights for a person to enter their land without consent or some form of legal right to do so – for example, a private or public right of way.

In practice, because of the potential physical danger and the risk of ending up with a criminal record, many landowners have concerns about personally removing trespassers.

These dangers are even more significant during the badger cull. Direct action by activists could well come at night, and may be orchestrated by a well-organised group that is likely to be filming its activities. Furthermore, if culling is in progress, firearms will be present. All licensed contractors will have received instructions that they should withdraw if there is any sign of disruption as the safety of all involved is paramount.

Other remedies for trespass include taking the trespasser to court if he/she can be identified. Due to the inevitable costs of such an action, financially it is only usually worthwhile when damage has been suffered.

An exception to this is where further trespass is likely. On top of any award of damages, the court can also be asked to award an injunction to stop the trespasser coming back. In certain circumstances the courts will even award an injunction against “persons unknown”.

If the trespasser then breaches the terms of the injunction, it is generally punishable as a contempt of court and, in some cases, can lead to a prison sentence. So, it can prove an effective deterrent.

The remedies described so far are often either risky or expensive. But land managers have further options in their armoury against trespassers. From the landowner’s viewpoint, arguably the most effective and certainly the cheapest remedy is police intervention.

Therefore, landowners should strive to maintain good relations with the police, who should be informed as soon as any trespass occurs that may lead to aggravated trespass. If any film is taken of the activists’ actions, it should be handed to the police as soon as possible to prevent any allegations of tampering.

Although trespass is a civil offence, some types of trespassing are also covered by criminal law, meaning the police can intervene. The offence of aggravated trespass is particularly important for those affected by the badger cull. As well as acting as a deterrent, prosecutions for aggravated trespass have been effective in a number of instances, most notably against hunt saboteurs.

Aggravated trespass – a relatively modern offence dating back to the Criminal Justice and Public Order Act 1994 – came about after a successful CLA campaign. The offence is committed when a person trespasses on land to intimidate someone engaged in a lawful activity or to disrupt a lawful activity on the land. Police may tell the trespasser to leave the land if an officer believes the person is committing or is about to commit the offence.

The police are aware of the law in this area. For instance, in respect of the badger cull, Gloucester Constabulary said it would allow lawful protests but warned protesters entering private land could face prosecution under a number of different areas, stating: “If persons enter on to private land as trespassers with the intention of preventing any lawful activity taking place there, they may be guilty of aggravated trespass”.

There are also potentially offences of harassment and intimidation of those conducting a lawful activity, a host of wildlife crimes ranging from disturbing badgers to damaging Sites of Special Scientific Interest, as well as a number of more common public order offences.

So, on a practical note, what else can you do? It is important not to make it easy for would-be trespassers. Ensure gates are secure and, where possible, place locks on them, although this may not be possible if public or private rights of way are involved.

And, of course, you should always make sure you have adequate and up-to-date insurance cover for all your property.

Andrew Gillett is legal adviser for the Country Land and Business Association.