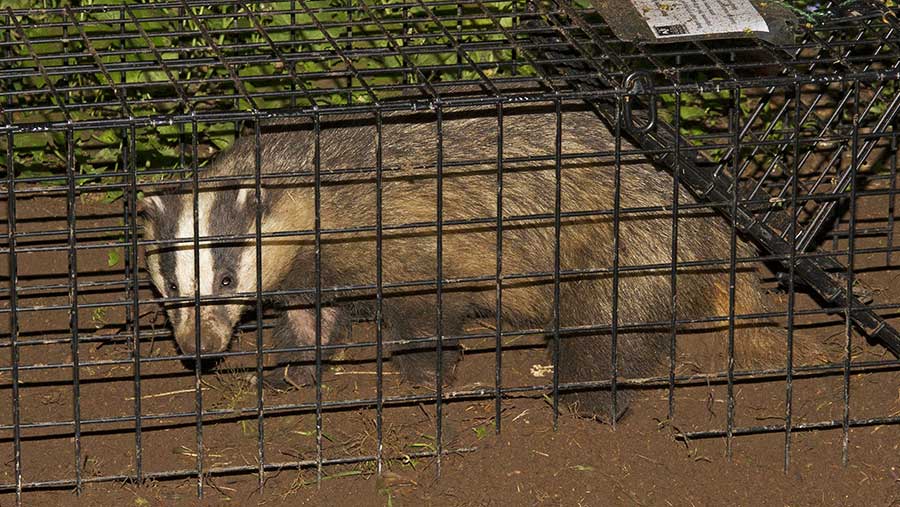 Limited culling of badgers in parts of Wales with high levels of bovine TB could get underway as early as next April.

Selective culling, similar to the approach already in place in Northern Ireland, is among a range of tough new measures the Welsh government is considering in a new consultation on methods to combat bovine TB.

It marks a change of direction for the Labour-led administration, which has previously opposed pressure from the farming industry to control badger numbers in TB hotspots.

Although an England-style cull, with licenced marksmen, has been ruled out, Wales’ chief veterinary officer, Prof Christianne Glossop, said the government was considering caging and destroying badgers on farms with severe and persistent breakdowns.

Central to the refreshed Bovine TB Eradication Programme, announced on Tuesday (October 18), is a regionalised approach, with the creation of “low”, “intermediate” and “high” TB areas.

The two high TB areas are south-west Wales and the area bordering England. It is in these two areas that culling may be considered.

Prof Glossop said one proposal is to formulate individual action plans for farms with chronic breakdowns.

“We would work with the farmers to assess the badger population, looking at any evidence that these badgers are infected and, if so, does the genetic type of TB in the badgers match that causing the breakdown in the cattle? It may even involve PCR testing of latrines.’’

If badgers are found to be contributing to the breakdown, they may be trapped and humanely killed.

The measures set out in the consultation are also aimed at protecting herds in the low TB area – north-west Wales – and reducing disease in the intermediate and high TB areas.

These include more frequent testing in areas with chronic breakdowns and greater use of the gamma interferon test. This is likely to lead to more reactors and an increase in the number of cattle slaughtered.

Cattle with inconclusive test results may also be removed. “One in four of inconclusive animals ends up as a reactor,’’ Prof Glossop explained.

But, under the plan, the TB compensation cap for an individual animal would be reduced from £15,000 to £5,000. Only 1% of reactors slaughtered in the last year qualified for this upper limit and the new cap would result in annual savings of £300,000.

Farmers with breakdowns and who have split holdings may be eligible for just 50% of the value of any animal removed due to TB if that animal had been moved to a part of the holding where TB has been identified.

This measure currently only applies to restricted herds who purchase cattle under licence.

The government is also considering a scheme which would preclude farmers in different risk zones from purchasing or selling animals. The so-called Informed Purchasing Scheme would supersede current voluntary measures.

“We have tried and failed to encourage farmers to consider their own TB history and that of the farm they are purchasing from or selling to,’’ Prof Glossop admitted. “Many farmers have not shown any interest in this so we are looking at how we might make it compulsory, but in a way that doesn’t stifle trade.’’

The consultation will run until 10 January 10 2017 and the new programme will be implemented in April.

The latest Welsh government figures, for the year to May 2016, show that 8,973 cattle were slaughtered in Wales due to bovine TB.