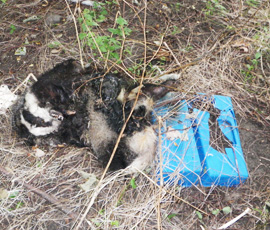 The NFU has accused the RSPCA of hypocrisy and bullying after members of the Freedom Foods scheme were threatened with suspension if they culled badgers to help control bovine TB.

In a letter seen by Farmers Weekly, Freedom Foods said a widespread cull of badgers was totally unacceptable to the RSPCA.

“It is unacceptable for… members to voluntarily take part in a badger cull,” the letter stated.

It concluded that any members taking part in the cull would “bring the scheme into disrepute and be a clear breach of the membership agreement, resulting is suspension”.

In response to the letter, NFU director of policy Martin Haworth said he was “extremely disappointed” the RPSCA had resorted to threatening tactics normally reserved for other animal rights organisations.

“It seems to us this letter has nothing to do with the welfare of farm animals, which is what the Freedom Food scheme is all about. Instead, it looks to us like the RSPCA trying to attack farmers’ businesses financially to try to stop them from lawfully participating in what is a sadly necessary step to tackle a devastating animal disease – just as the RSPCA has tried to do by calling on shoppers to boycott milk produced on dairy farms in the cull areas.”

In reference to Freedom Food welfare standards for farm animals, the letter informed members they were required to apply all reasonable non-lethal and human methods of wild animal exclusion/control.

“The RSPCA believes it is unacceptable to use lethal methods of animal control as routine practice,” it said.

However Mr Haworth said connecting this statement with the government’s TB eradication programme set to take place in west Somerset and west Gloucestershire in a matter of days was “nonsense”.

“The planned badger controls are only one part of a wider package of measures to tackle bovine TB. In no way is it ‘routine’,” he said

“The pilot areas have been specifically licensed by Natural England, under the Protection of Badgers Act for the absolute purpose of preventing the spread of disease. The cull will be confined to defined areas and will be heavily regulated. It will also be strictly monitored by an independent group to confirm it is safe, it’s humane and effective in controlling this terrible disease.”

Mr Haworth said the NFU took the threat to its members from Freedom Foods very seriously and said lawyers were currently looking at the letter in detail, but had yet to identify the wording used in the actual Freedom Food standards.

“In fact, the RSPCA’s welfare standards for beef cattle, for example, state that farmers must manage the levels of potentially harmful pests to avoid the risk of disease spread, and that while methods of physical exclusion must be included whenever possible, if such methods are inadequate or unsuccessful, other approaches must be enacted,” said Mr Haworth.

“Questions should be asked of the RSPCA’s objectives. It fully supports culling as a routine practice for deer, for example, with 350,000 removed annually. The same goes for rats and rabbits. Have Freedom Food members ever been suspended on these grounds?  In this light, we can’t help but see the Freedom Food letter on badger culling as hypocritical.”

Earlier this week, RSPCA chief executive Gavin Grant and cull activist and rock star Brian May went to Brussels to campaign for a change in the law to allow vaccination of cattle in the fight against bovine TB.